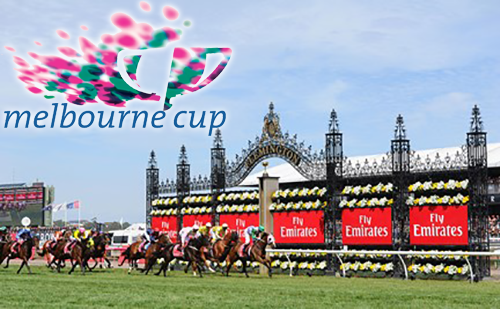 Known as “the race that stops a nation,” the Melbourne Cup is among the most prestigious and celebrated turf horse races in the world.

Approximately two miles long and featuring a weight handicap to level the field based on each horse’s age and ability, the race has been an elite test for Thoroughbreds aged three years and older for more than 150 years.

If you live in North America, you may not be that aware of the Melbourne Cup, since the time zone difference means most us are soundly asleep during the big race. But once you learn more about the event, you might just want to stay up late to watch the next one, especially if you’ve got some money riding on the outcome.

Here’s what you need to know to bet on the crown jewel of Australian horse racing.

When Is the Melbourne Cup?

The Melbourne Cup is held annually on the first Tuesday in November at Flemington Racecourse in Melbourne, Australia. The race begins at 3 p.m. local time (1 a.m. Eastern) and is the highlight of the Melbourne Spring Racing Carnival, a two-month racing series that features numerous Group One events.

The Melbourne Cup regularly draws crowds of nearly 100,000 spectators, and it is estimated that as many as 700 million people watch the race on television or via online streaming throughout the world.

Best Sites for the Melbourne Cup

Virtually every betting site online will offer wagering on the Melbourne Cup, thanks to the magnitude of the event. But certain sites are better choices than others, whether it be their history of paying out winners, odds they are offering, signup bonuses, or other factors.

Here are the sites we recommend most for betting on the Melbourne Cup, based on those criteria and more:

Although the Melbourne Cup has been around since 1861, you don’t need to go too far back in time to find the most successful horse in the history of the race. Makybe Diva won the Cup three straight years from 2003-05, becoming the only three-time champion of the event. Makybe Diva retired in 2005 as the highest earner in the history of Australian horse racing, collecting more than $14 million Australian during her career.

Four other horses are two-time winners of the Cup. Think Big (1974-75), Rain Lover (1968-69), and Archer (1861-62, the first two times the race were held) claimed their titles in consecutive years, while Peter Pan’s victories (1932, 1934) were one year apart. Peter Pan may have joined Makybe Diva as a three-time champion had it not been for a near-fatal viral disease that sidelined him for the 1933 competition, then struck again prior to the 1935 Cup.

Here’s a list of every Melbourne Cup champion (multi-time winners noted with an *):

Flemington Racecourse is nearly as old as the town of Melbourne itself, built in 1840, just five years after Melbourne was founded. It was first known as Melbourne Racecourse but was renamed to Flemington in the 1850s due to its proximity to the Flemington Hotel.

Its turf track is one of the longest racecourses in Australia, measuring nearly 1.5 miles long. Flemington’s long straightaways enhance the dramatics of races as horses are able to hit top speed for longer periods or overtake the field down the final stretch.

The most successful start position in Melbourne Cup history is Gate 5, which has produced eight winners. Seven champions have come from Gate 11, while six winners have started in Gates 10 and 14. Meanwhile, no horse running out of Gate 18 has won the race since 1925.

Kingston Rule, sired by North American Triple Crown legend Secretariat, owns the record for the fastest time ever posted in Melbourne Cup competition, crossing the finishing line of the 1990 race in a time of 3 minutes, 16.3 seconds. Kingston Rule looked so relaxed and confident on race day that bettors quickly pounced on him, and his odds to win plummeted from 12:1 to 7:1 by post time.

Media Puzzle (2002) is the only other horse to ever finish the race in under 3 minutes, 17 seconds.

Prior to the race’s distance being shortened by nearly 19 meters in 1972 (when Australia adopted the metric system), the all-time record was Rain Lover’s 1968 time of 3:19.1. Rain Lover’s time was adjusted to 3:17.9, still well short of the standard set by Kingston Rule.

The inaugural winner of the Melbourne Cup (Archer) still owns a share of the record for the largest winning margin in the history of the race. His eight-length triumph in 1862 has never been exceeded, and Rain Lover (1968) is the only one to match that margin of victory.

The largest number of entrants in Melbourne Cup history is the 39-horse field that lined up in the 1890 race. That race is also noteworthy because race winner Carbine carried a weight of 66 kilograms, the largest amount ever carried by a Cup champion.

Today, the field of the Melbourne Cup is limited to 24 entrants due to safety reasons. With more than 300 horses annually nominated to run in the race, organizers have no trouble in filling out the field.

Two years after the inaugural Melbourne Cup featured 17 runners, participation in the 1863 event dipped to seven horses, representing the smallest field to ever compete in the race.

However, that numbers drop wasn’t due to lack of interest. Rather, it was because many horse owners boycotted the race in protest of the scratching of Archer, who was seeking his third victory in as many years. Archer’s disqualification was based on a technicality, as the telegraphed acceptance letter from his trainer arrived late due to an Australian holiday.

Winner with the Highest Odds

Four 100:1 longshots have won the Melbourne Cup, most recently Prince of Penzance in 2015. Prince of Penzance’s victory even shocked his trainer, but not jockey Michelle Payne, who made history herself as the first female rider to win the Cup.

Other 100:1 winners include The Pearl (1871), Wotan (1936), and Old Rowley (1940). The Pearl and Old Rowley’s victories were so unlikely that even their owner-trainers didn’t place a bet on them, while Wotan’s win was memorable as he came out of nowhere down the stretch to overtake favorite Talking in the final seconds.

No other trainer in the history of the Melbourne Cup even comes close to matching the success that was enjoyed by the legendary Bart Cummings. The native Australian, who passed away in 2015 at the age of 87, won 12 Cup titles during his brilliant career. His success at the Melbourne Cup spanned five decades, with the last win coming in 2008. Ironically, Cummings was allergic to both horses and hay.

Glen Boss is the only jockey in history to win three straight Melbourne Cups, riding Makybe Diva to victory from 2003-05.

History of the Melbourne Cup 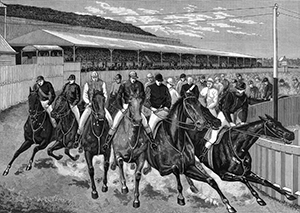 The Melbourne Cup has been a huge hit in Australia ever since it was first founded in 1861. Attendance for the first Melbourne Cup was 4,000 people, the second-largest number of people to attend a race at Flemington Racecourse in several years. Within the first 10 years of the event, crowds had grown to 30,000, and it is believed that 100,000 people attended the 1880 Cup.

Part of the event’s rapid growth could be attributed to the gold rush that hit the Victoria region around that time, but 100,000 people was still more than a third of the entire Melbourne population. The race regularly hits six figures in attendance today, with the all-time largest crowd coming in 2003 (122,736 people).

Victorian Turf Club member Frederick Standish is known as the creator of the event, which featured a total purse of less than $1,000 US in its inaugural running. The race was initially held on the first Thursday of November, leading banks, government offices, and some local businesses to close at noon on race days in order to be able to attend the event. The date of the race moved to the first Tuesday of November in 1875, and the day is now observed as a public holiday for anyone who works in downtown Melbourne and some other parts of the Victoria region.

The Melbourne Cup trophy itself is an 18-carat gold trophy famous for its three-handled design. It dates back to 1919 and is not only a national icon, but it’s also one of the most recognizable sporting trophies in the world. Comprised of 44 pieces of gold metal, its value is estimated at approximately $150,000.

When an entire nation stops what they’re doing every year to watch a sporting event, you know it’s special. It’s been estimated that 80% of the Australian adult population gambles on the Melbourne Cup in some form or another, and online betting sites allow us non-Australians to join in on the fun as well.

Be sure to join one of the top betting sites for the Melbourne Cup, stay up late, and enjoy the action! Regardless of where you live, the first Tuesday of November might just become your personal holiday going forward as well.