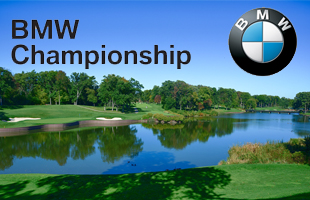 If you can’t get enough prestige through the FedExCup playoffs alone, then this weekend will be for you as the PGA Tour stops in Medinah, Illinois for the heavyweight BMW Championship. As far as the betting odds are concerned, both Brooks Koepka and Rory McIlroy come in as co-favorites to take the tournament at +800.

According to online sportsbook Bovada, after Koepka’s and McIlroy’s favorite figure of +800 comes Jon Rahm in third place at +1400. Following Rahm comes another tie, this time for fourth place between Dustin Johnson and Justin Thomas at +1400 to round out the top five for us. In the No. 6 position, we have Justin Rose tallied at +1600, and then afterwards we’ve got Patrick Cantlay and Webb Simpson at +2000 odds. Coming in ninth, we have Patrick Reed placed at +2200, and then to take us to the end of the top 10, we’ve got Adam Scott and his +2500 mark.

This weekend’s tournament is vital on the PGA Tour, and that’s due to just 30 spots being up for grabs for the Tour Championship taking place at East Lake, as well as 2,000 FedExCup points at stake. On top of that, there’s a purse of $9,250,000 up for grabs. At Medinah, the last time that defending FexExCup champion Justin Rose and 2016 title holder Rory McIlroy would play at this course would be in the 2012 Ryder Cup — it should be noted that Europe would win that season, with Rose being from England and McIlroy being from Northern Ireland. With that being said with Rose, no golfer in the history of the PGA has ever defended their title of the BMW Championship.

It would be Keegan Bradley who would be holding the trophy at the end, and in surprising fashion with an improbable victory that would lead Bradley to the Tour Championship for the first time since the 2013 season. As far as his chances to repeat in the BMW Championship are concerned, his figure is set at a hefty +15000, making him a long shot for this edition of the tournament.

Last year’s event was held at Aronimink Golf Club located in New Square, Pennsylvania — it was the first time in over five years that the BMW Championship was held at the course. As far as this year’s course of Medinah Country Club at Medinah, Illinois, you can expect a stretch of 7,657 yards and it’s a par 72. This course has had a level of prestige among the American golf scene since the 1920s. Aronimink Golf Club has hosted three U.S. Opens (1949, 1975 and 1990), two PGA Championships (1999, 2006) and a Ryder Cup in 2012. On top of that, they’ve also hosted plenty of other major events before the era of the PGA.

The 2019 BMW Championship at Medinah Country Club at Medinah, Illinois tees off on Thursday, August 15, and will be nationally broadcasted on television on both NBC and the Golf Channel. The first tee times are set for 10:15 AM on Thursday and will feature Nate Lashley, J.B. Holmes, and Kim Si-woo.

Let’s go over the favorites to win the 2019 BMW Championship, review their odds and check out their latest form entering this weekend.

Favorites to Win the 2019 BMW Championship

Last weekend’s 30th place finish at the Northern Trust has put Brooks Koepka out of form a little bit, but he still has two elite placements in his last five performances. Those two showings would be a fourth-place tally at The Open Championship, and he would claim the victory at the WGC-FedEx St. Jude Invitational. But check out his other performances that has me a bit concerned for Koepka as we get deeper into the playoffs: He would suffer a 57th mark at the Travelers Championship, and then would decline even further down the board to 65th in the 3M Open. This is still Brooks Koepka that we’re talking about, so you have to certainly make him a favorite, but the form is kind of shaky at the moment. We’ll see how he does at the BMW Championship.

Now I agree with the odds-makers that Rory McIlroy should be a co-favorite, but if it were up to me, I would have him as the sole overall favorite. Not only is Rory McIlroy, well, Rory McIlroy, but he’s in excellent tip-top form at the moment and he has the experience of winning the BMW Championship. With the exception of missing the cut at The Open Championship, it’s been nothing but elite showings for McIlroy. Check out the numbers yourself: Fourth place at the WGC-FedEx St. Jude Invitational, sixth at the Northern Trust, ninth at the U.S. Open and he would claim the victory at the RBC Canadian Open. Just superb form, put Rory McIlroy as your favorite heading into this weekend.

Jon Rahm may not be in Rory McIlroy form, but he’s pretty damn close with four top 15 placements, three top 10 showings and two top-three tallies in his last five performances. In other words, Rahm deserves his +1000 odds. The only bad performance would come in the Charles Schwab Challenge where he would miss the cut, but after that, it’s been smooth sailing for the Spaniard. In the U.S. Open, he would achieve a third-place finish and then would deliver in his next tournament with a top 15 11th mark in The Open Championship. Up next in the WGC-FedEx St. Jude Invitational, Rahm would put himself back in the top 10 with a seventh-place finish. In his most recent event, he’ll be coming into this weekend with solid form after placing himself No. 3 on the leaderboard in the Northern Trust. Look out for Jon Rahm in the BMW Championship.

Week in and week out, Dustin Johnson comes into tournaments lingering among the favorites, but he’s just unable to deliver on those expectations and give us an elite performance. Just check out his latest showings: 20th in the WGC-FedEx St. Jude Invitational, 24th in the Northern Trust, 35th in the U.S. Open, 51st in The Open Championship and he would miss the cut altogether in the Rocket Mortgage Classic. Don’t be fooled by his career’s resume, Dustin Johnson hasn’t been in the correct form the entire 2019 season. Keep your money away from him in this high-stakes tournament.

Justin Thomas hasn’t done badly in his last five appearances, but his form is just average coming into the BMW Championship. With that being said, I would personally stay away from Thomas as far as a wager is concerned. His best performance would be an 11th place tally at The Open Championship, and then it’s a decline from there: 12th at the Northern Trust, 12th at WGC-FedEx St. Jude Invitational, 36th at the Travelers Championship and he would miss the cut altogether at the U.S. Open. This is another one to cross off your list.

Now with Justin Rose, he would certainly be a solid pick to make for the BMW Championship. He hasn’t been the most elite in his last five, but he has shown that he can linger among the favorites and even finish in an elite position — he did that with a third-place tally at the U.S. Open, which is obviously a major tournament. But check out his other performances as well, they aren’t too shabby: 10th at the Northern Trust, 11th at the WGC-FedEx St. Jude Invitational, 13th at the Memorial Tournament pres. by Nationwide and 20th at The Open Championship. He obviously isn’t the best pick, but as I said, he’s a solid one — especially at +1600 odds, there’s some profitability there.

Patrick Cantlay has done his thing for the most part in his recent performances, but there’s not anything special or anything that sticks out that would make me comfortable to place a wager on him. His best finish would be 12th, and he would achieve that twice at the Northern Trust and WGC-FedEx St. Jude Invitational. After that, he would take the No. 15 spot on the leaderboard in the Travelers Championship, and then a 21st tally at the U.S. Open. Not bad, but then he would drop to 41st in The Open Championship. As you see though, there’s nothing special here for Patrick Cantlay, keep your money away from this guy as well.

Now, this is an interesting bet. Webb Simpson would be a solid pick to make for your portfolio, but it does come along with some risk. He has near victories with two-second place finishes in the Wyndham Championship and the WGC-FedEx St. Jude Invitational, but after that, it drops off a good distance — that’s where the risk comes in. He’s got a 16th tally in the U.S. Open, finished No. 18 in the Northern Trust and dropped all the way down to 30th place in The Open Championship. Again, solid bet, but quite risky.

He hasn’t been the most elite, but Patrick Reed will be coming into the BMW Championship in tip-top form, and that’s after his victory in the Northern Trust — his most recent and the PGA Tour’s most recent event. As far as his other performances, he has a 10th place finish in The Open Championship, 12th at the WGC-FedEx St. Jude Invitational, 22nd at the Wyndham Championship and he also has a 23rd tally in the 3M Open. Not the best performances, sure, but with Reed coming into this weekend fresh off of a win, you have to view Patrick Reed as a legitimate threat to win the BMW Championship, and those +2200 odds are quite profitable as well.

Rounding out the top 10, Adam Scott would be an excellent bet to make, an absolute superb selection. He may have a 40th place finish on his resume (WGC-FedEx St. Jude Invitational) and he missed the cut completely at The Open Championship, but his other three showings were nothing short of elite. Second at the Memorial Tournament pres. by Nationwide, fifth at the Northern Trust and seventh at the U.S. Open — a major tournament. As you see, Adam Scott can play among the favorites, and with him being overdue for a win, he would be such a great choice to add to your portfolio. There’s a ton of profitability there with him sitting at +2500.

There really aren’t a lot of solid long shots to take in this tournament, but with that being said, Rory Sabbatini is probably the best you’re going to get at +8000 odds. Starting with the bad news, he has the 43rd place finish at the Northern Trust and a missed cut mark at the 3M Open on his resume, but after that, it isn’t bad. His last five showings includes two elite results, one being a third-place tally at the Rocket Mortgage Classic and he would finish No. 6 on the leaderboard at the Wyndham Championship. He wouldn’t drop that far off either with a 16th place finish at The Open Championship. If you need a long shot, I suggest taking Rory Sabbatini.

Rest of the Pack

Long Shot Betting Pick to Ride For the Major Payday