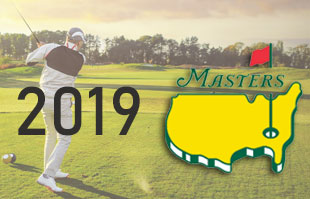 Tiger Woods proved to everyone in 2018 that he is far from done with the sport. Following excellent performances at Carnoustie and Bellerive, it appeared to many watching that Woods could win that elusive 15th major in 2019. Should Woods win the Masters, PGA Championship, U.S. Open or Open Championship in 2019, it would certainly mark one of the most extraordinary returns in the history of golf.

The bookmaker Sportsbetting.Ag is certainly of the belief that Woods can challenge in 2019, and is offering odds of +900 – a price that makes the Californian a joint favorite with Jordan Speith – for him to win the 2019 Masters. If anything, it appears that Woods will have a favorable calendar to attempt the feat, and that should certainly help him move past 14 major wins.

Four green jackets aside, Pebble Beach, the venue of this year’s U.S. Open, was the location for two wins for Woods. The PGA Championship will be held at Bethpage Black, too.

The odds put Woods ahead of Dustin Johnson, Justin Thomas, and Rory McIlroy for the Masters (all at +1200). Brooks Koepka and Justin Rose come in next (both at +1400), while the odds get progressively larger the further down the list you go.

Can Woods Really Win the Masters?

Should Woods win the Masters in 2019, it would rank up with the greatest resurrection stories of all time, perhaps just behind the biblical Lazarus. The 43-year-old, is, well, 43 years old, for a start. Having been practically bedridden with injuries over the years, it would appear that Woods may be a little susceptible to feeling the wear and tear of a full season.

Woods’ last tournament triumph came all the way back in 2013 when he captured the WGC-Bridgestone Invitational. His last major win was over a decade ago at the U.S. Open. If these stats are the makings of someone heralded as a joint favorite for the masters, then it would have to be the first time in the history of golf that this has happened. I mean, they would not exactly inspire confidence in a gambler, yet, here we are.

Coupled with his poor health over the years, Woods’ private life, at times, has been nothing short of a shambles. From infidelity scandals and DUI arrests, the legendary golfer’s appearances in the media were mostly on the front pages rather than the back pages. Yet, he is certainly stirring a lot of interest in fans, observers, and bookmakers for what he can achieve this year.

It is nothing short of incredible for Woods to find himself touted as the joint-favorite for the Masters.

Many bookmakers had Woods hovering between 4th and 5th favorite before betting activity instigated by hype (some probably by hope) pushed him up to the status of joint-top contender. For those who were certain of Woods never wearing that green jacket again, you just may end up swallowing your words on April 14.

But really. Can Tiger really win the Masters? I mean, the odds (figuratively, at least) should be stacked against him?

Making a Case for Woods 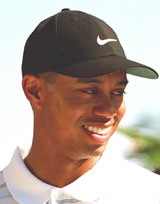 I once heard a friend refer to Tiger Woods as the “Muhammad Ali of golf” and laughed hard. The mental image of “The Greatest” swinging trying to chip a ball onto the green with a sand wedge, while Joe Frazier pompously laughs and points at his frustration, seems too ridiculous to even admit to. Of course, the idea of Woods winning the Masters is just that, isn’t it?

Woods, however, is the greatest golfer in the history of the sport. While he was more mild-mannered than Ali, a Buddhist rather than a Muslim, and was certainly not one to talk too loud, he did change the face of the sport. Much like Ali, he was seen as washed up and incapable of beating George Foreman at the “Rumble in the Jungle” in 1974 and ended up knocking the unbeaten colossus out.

In Woods’ case, the closest thing to a knockout performance would involve finishing better than world number 1, Koepka, and the likes of Johnson, Speith, Thomas, and McIlroy. The glaring difference here between Woods heading into the Masters and Ali heading into Zaire is that “The Louisville Lip” was a massive betting underdog against Foreman.

However, everyone loves a gallant comeback tale. Given Woods’ health problems and fall from grace, a Masters win would be the kind of PR fantasy that would have every single talk show host in America falling over themselves to book him. Movie scripts would be passed around like a bottle of vodka at a fraternity party, while a cornucopia of sponsorship and endorsements deals would find their way to Woods’ front door.

It Sounds Too Good to be True?

I am certainly not the only one who believes Woods can take it all at Augusta. There are a number of respectable and sane writers out there who are also tipping Woods to finish towards the top of the leaderboard on the final day, with many of that number backing him to win. There is a reason why the bookmakers are offering such short odds on the man who seemed as though his career was over years ago.

If it all seems too good to be true – and this is effectively a dumb bet to place – let’s analyze the facts here. Woods has played some very good golf as of late. The injury problems that have plagued him seem to have been taken care of. While his emergence in small tournaments over the years would excite fans – right before he got injured again – this has not happened, this time around.

Tiger is looking consistent, too. He ended the season as the winner of the Tour Championship, and he did not appear to be suffering too much with his back. The fusion surgery he had appears to have given him a new lease on life, which has certainly fueled the speculation of seeing the former number 1 not just silence the critics but bring them over to his team for cake and ice cream.

Why the Masters Makes Sense for Woods

Let’s consider this: the field suits Woods, especially being the size it is. There will be almost half of the players of a normal week in contention for the trophy as opposed to a regular week (86 compared to 150), and a sizeable number of those competing are previous winners and amateurs. Suddenly, a win for Woods doesn’t seem as out there anymore. It is conceivable that a large number of rookies can also be eliminated in the field.

The course at Augusta is favored by many players, due to it being the same course for the same major. As such, there is rarely any surprise to see the usual suspects on the leaderboard each April. Woods will certainly relish the Masters in 2019, especially given the fact that it is the type of course that suits his style of play. If there is a better mutual love story in golf than Tiger and Augusta, I have yet to hear it.

Let’s not forget the fact that a rookie has not won the Masters since 1979 (owing to some good fortune) and you have yourself, even more, hope to play with. Knowing this course inside out is, well, par for the course when it comes to reaching the top of the leaderboard.

Woods knows this course well and it has an incredibly special place in his heart. At just 21-years-old, the Californian won his first major here, picking up another three in 2001, 2002, and 2005. Woods has pedigree here and that will certainly help. By all means, he will need to be on top of his game, but in an environment of tight margins, that experience and craftiness can be decisive.

Woods certainly seems to have found peace in himself, both mentally and physically. The troubles with his back have all but faded and he appears to be more upbeat and in a better place, generally. Could this mean that he is ready to challenge the world of golf – not like Ali – but like George Foreman’s return to the ring, when he knocked out Michael Moorer to win the heavyweight title at 45?

OK, maybe the best comparison for Tiger Woods is none at all. He is his own man with his own plan and this cannot be a bad thing.
He still has the hunger, but with a more mature and refined palate. There is a sense that he can take his time now and wait for dinner, rather than crashing the buffet or ordering a pizza.

Woods knows that, at any point, he can be done with the sport. He is seizing the day and it is working for him.

More than any mental attributes honed in his darkest days, Woods still has the skill and the technique.

The flesh may be a little older, but the spirit is still certainly strong enough to make up for any shortcomings.

Having ascended out of the physical problems that undoubtedly lead to many of his shortcomings in his personal life, he has every right to feel as though anything can be achieved. And it can be.

Woods is riding a wave of consistency into the new year. The greatest player to ever swing a club has the attention of the golfing world fixed on him. As a player that thrives on the big occasion, this can only be a good thing. To harness that energy and use it to prove each and every one of his detractors wrong is something that Woods is certainly aiming to do this year and I believe he can achieve it.