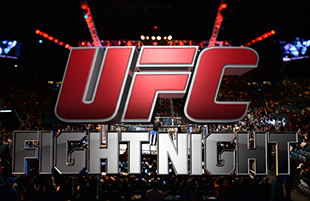 The UFC heads to Liverpool for UFC Fight Night 130 and with a very explosive main event, it promises to be very entertaining.

Liverpool’s very own Darren Till hopes to overtake the welterweight division’s top contenders as he faces #1 ranked Stephen Thompson in a bout that could easily earn him the next title shot. Thompson meanwhile has nothing to gain fighting Till but if he intends to keep his top spot, he must not take the Brit lightly.

A knee injury to Gunnar Nelson took away an equally exciting co-main event bout with Neil Magny. But with two of the best welterweight headlining the event, UFC Liverpool is set to be a blast.

Stephen Thompson faces Darren Till in the main event of UFC Fight Night 130 at the Echo Arena in Liverpool, England on May 27th, 2018.

Thompson is still the UFC’s top-ranked challenger in the welterweight division. But after failing to win the title in back to back fights with Tyron Woodley, Wonderboy was left out when the UFC booked an interim welterweight title bout for UFC 225 on June 9, 2018. Thompson didn’t approve of that but after signing a new deal with the UFC, he also signed to fight Darren Till in the latter’s hometown.

Darren Till was looking for a marquee fight after walking right through veteran fighter Donald ‘Cowboy’ Cerrone last October. After four straight wins in the UFC banner, Till has risen to #8 in the current welterweight rankings. Now he is getting the biggest opportunity of his life when he takes on the #1 ranked Thompson. A win could easily put the British Gorilla in title contention.

May Be Slowing Down

Till is unbeaten in 16 fights and is easily one of the hottest stars in the UFC right now. Stephen Thompson meanwhile, bounced back with a win over Jorge Masvidal at UFC 217. Prior to that, Thompson failed to win the UFC welterweight titles in two tries. His first bout with Tyron Woodley at UFC 205 ended in a draw while Woodley won by unanimous decision in their rematch at UFC 209.

Wonderboy has never been finished and has shown that he has the cardio to go five rounds. Thompson’s karate style is effective when he lands his kicks and when he pumps his jabs. But at age 35, he may be slowing down. Against a hungry 25 year old who is considered one of the most dangerous fighter in the division, Wonderboy may be in for trouble.

Because of his track record, overall skill, fight IQ and polished striking game, Stephen Thompson is the favorite here at -170, there is no question about that. But at +140, Darren Till is a star in the making and he is one of the best young strikers in the game. We saw him demolish Cowboy Cerrone in his last fight and while Cerrone may no longer be the fighter he used to be, it was still a very impressive victory for the Gorilla.

When Till walked down Cerrone like nobody ever did before, it showed us how special a talent he is going to be. Make no mistake, Wonderboy is still one of the top welterweights in the game. Not to mention one of the smartest. But after failing to win the title twice against Tyron Woodley, his time may be up.

Cutting Off The Cage

Till meanwhile is on the rise and he is fighting for the first time in front of his hometown fans. That’s going to be big in this fight. He has tremendous power in both hands and has a very effective uppercut that can put down anybody in the welterweight division. He may be a brawler but there is a methodology to his madness. That’s what makes him unique.

Like he did against Woodley, Thompson is going to utilize his length and movement to try and stay away from Till’s big bombs. Wonderboy will surely fight this bout from a distance. Meanwhile, Till will try to cut off the cage and minimize Wonderboy’s real estate. If Wonderboy can’t run, he will be hit. And when Till hits, well it’s ‘till we meet again.’

Wonderboy’s hit and run style worked against Jorge Masvidal. It didn’t against Tyron Woodley – twice at that. We’re not saying that Darren Till is Tyron Woodley but between T-Wood and Gamebred, we feel that the British Gorilla is more like Woodley. Having said that, Wonderboy’s style isn’t going to beat Darren Till. The kid’s aggression is going to prevail over Wonderboy’s evasiveness. We’re picking Darren Till to produce an upset and beat Stephen Thompson.

White has won four fights in a row, all under the Cage Warriors promotion. He isn’t exactly a world beater at 14-7 but all of his 14 wins have been either via submission or knockout. In his most recent bout, he submitted Alex Montagnani via triangle choke last March 14. Impressive as his wins are, six of his seven losses have come via knockout.

The Thundercat went up to middleweight but after losing to Mike Shipman in 2016, he moved down to welterweight and has not lost since. He will be fighting in the UFC for the first time and he is getting a Top 10 opponent in Neil Magny for his UFC promotional debut.

Magny is one of the longest tenured fighters in the UFC, having been in the promotion since 2013. He’s always been in the Top 10 but has never come close enough to contend for the title. Magny has been hit and miss lately, alternating losses and wins in his last four bouts.

Magny defeated Carlos Condit in his last fight. Prior to that, he was submitted by former UFC lightweight champion Rafael Dos Anjos at UFC 215. On fight back, he defeated the former welterweight champion, Johny Hendricks. Before fighting Hendricks, he was knocked out by Lorenz Larkin.

Magny is the obvious favorite here because of his experience and his overall skillset. He is coming off an impressive performance where he landed six total takedowns against Condit. He is a scrappy fighter who does whatever it takes to win the fight. With a reach of 80 inches, he is considered long for his division. Not only is he a smart defensive fighter, he is also a polished wrestler.

Little is known of Craig White who has never fought in the big leagues. But we know that he has a big punch and has good submission skills. When the UFC lost Nelson to injury, they needed someone who was willing to take on Neil Magny in England. Signing the 27-year-old Exmouth, England native made sure Magny had a date on the 27th.

But because White is taking this fight on short notice, Magny may be in for a surprise. Not only is he going to change his fight plan, he may not have a good one against someone he’s not seen much of. More than anything, it’s the unknown factor that makes Craig White more dangerous.

White has nothing to lose and everything else to gain. No doubt he’s going to come out blazing. Magny will have a more relaxed approach because he knows he has the experience to win this fight. Craig White is a live underdog but Neil Magny wins this because of his experience. Were picking Neil Magny to win on points.