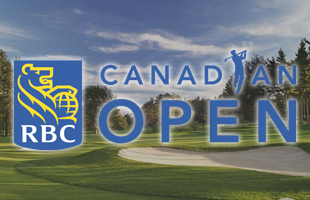 It’s outside of the United States of America for the PGA this week, going north of the border for the 2019 RBC Canadian Open at Hamilton Golf & Country Club in Hamilton, Ontario. Here in the final set of odds, it’s Dustin Johnson who takes the cake as the top-dog.

Johnson’s favorite odds released by golf betting sites are currently set at +550, but Brooks Koepka (the favorite to win the U.S. Open) isn’t far behind lacking just 150 points from Johnson’s figure at +700. Then it starts to get a little distant with Rory McIlroy in the No. 3 position at +1000, followed by Justin Thomas in fourth with +1600. Completing the top five is Matt Kuchar and Webb Simpson at +2200 in a fifth-place tie with the oddsmakers.

In the No. 7 position comes another tie with Sergio Garcia and Scott Piercy, placing themselves with +2800 odds to win the RBC Canadian Open. The odds gets a little further with Bubba Watson in ninth, he’s listed at +3300 odds, and rounding out the top 10 in tenth comes Henrik Stenson and his +3500 odds.

Coming in, we’ll have two golfers each looking for their third win of the season. First, you have Matt Kuchar, who is the leader of the FedExCup standings at the moment, and then you have Dustin Johnson — the current favorite in the odds. For Brooks Koepka, he’ll be coming in rested since his last tournament was the PGA Championship. Look for him to make a massive impact in this tournament heading into the U.S. Open, which takes place next weekend at Pebble Beach.

On the tour, the RBC Canadian Open remains the only tournament that takes place in Canada, and since we’re on this discussion, don’t expect a Canadian to win this event anytime soon. The last time that it was won by a Canadian was back in 1954 by Pat Fletcher — that’s 65 years ago if you can’t do math.

33% of the top 30 golfers in the FedExCup standings will be appearing in this tournament, meaning 10 total out of the 30 will be in Hamilton. The RBC Canadian Open will also be experiencing a schedule change as well this year, with the event being held in June after being accustomed to being in July for 12 years in a row. During that stretch, the tournament was held between both the Open Championship and a World Golf Championship event.

After winning the RBC Canadian Open last season, odds-favorite Dustin Johnson will be back this year to defend his title. He would win the tournament after pulling away from Tiger Woods on the last day of the event. Johnson would also score a 6-under-par 66 to break the record that once belonged to Woods for the lowest score at the tournament. Sharing the 18-hole record of 62 at Hamilton Golf & Country Club is both Scott Piercy and Tim Clark, while Piercy controls the 72-hole record by himself at 263.

Dustin Johnson would be the obvious favorite to win the 2019 RBC Canadian Open for two reasons:

Johnson’s season would begin in The Players Championship, immediately coming out of the gate with a top-five finish placing himself in fifth. He would follow up that performance with a top 10 showing in the Valspar Championship, he would take the No. 6 spot in that tournament. In the Masters, Johnson would nearly come close to winning a green jacket but fell just short with a second place finish.

Up next in the RBC Heritage, Johnson would be a little disappointed with a 28th place tally, but that would be his only average finish of 2019. In the next tournament and his most recent of the PGA Championship, he would shoot himself right back to a second place finish in the prestigious tournament.

Honestly, how could you not bet on Dustin Johnson to be the winner of the 2019 RBC Canadian Open?

Currently, in the odds, Brooks Koepka is the favorite to win the U.S. Open, but here in the RBC Canadian Open, Koepka is currently listed second in the odds. With Johnson being the defending champion of this event and having the amazing season that he’s had, I’m sure Koepka doesn’t mind taking the second spot in the odds.

Koepka’s season would begin in The Players Championship, and it wouldn’t go well for him to say the least — he would suffer a 56th place finish. However, elite recovery would come in the Masters Tournament with a second place finish tie with Johnson, falling just short of a green jacket. In the Zurich Classic of New Orleans, Koepka would deliver just an average finish, posting at the No. 22 mark.

He would get back to rolling in the AT&T Byron Nelson, finishing in the fourth position when the smoke had cleared. Afterwards, the American would take the victory in the prestigious PGA Championship, finally getting his first win in the 2019 campaign after coming so close twice in the Masters and AT&T Byron Nelson.

With Koepka coming into this tournament fresh off of a win and with momentum as a result, he’s obviously a very realistic pick of winning the RBC Canadian Open, but I just can’t bet against Dustin Johnson. Not in this one, not as the defending champion, not with the season that he’s had. Sorry, Brooks. The U.S. Open is next weekend though, favorite.

Rory McIlroy has had a great season here in 2019, but it’s been sprinkled with some slight inconsistency throughout in his first five tournaments. However, Rory McIlroy is still Roy McIlroy, and his season has three elite finishes, expect him to be near the top of the leaderboard when we arrive to the final day of the tournament.

McIlroy’s season would start immediately with glory, grabbing the victory in the prestige-filled Players Championship. However, he would follow that up with disappointment in the Masters Tournament, finishing with just an average 21st place finish. In the Wells Fargo Championship, McIlroy would achieve recovery, grabbing a top 10 placement in the No. 8 position.

He would achieve another eighth place feat to put himself in the top 10 afterwards, this time coming in the PGA Championship. But here’s the problem for McIlroy coming into the RBC Canadian Open: In his most recent event of the Memorial Tournament pres. by Nationwide, McIlroy would do horrible by missing the cut altogether. Needless to say, the momentum will be running dry coming in.

Whatever you do, I advise you to stay away from Justin Thomas and his +1600 odds, don’t be tempted whatsoever. Other than a solid start to the season in the WGC-Mexico Championship, Thomas hasn’t done anything this season that could be taken with pride.

In that tournament of the WGC-Mexico Championship, Thomas would shoot out with a top 10 finish after placing in ninth on the leaderboard. After that, however, things would go down south for Thomas.

Up next in The Honda Classic, Thomas would nearly fall out of the top 30 with a 30th place finish, and then in The Players Championship, he would fall out of the top 10 after tallying himself in the No. 35 position. He would do better in the Masters Tournament, but it would still be below the top 10 in 12th. In his most recent event in the Memorial Tournament pres. by Nationwide, Thomas would do absolutely dismal, completely missing the cut altogether.

See what I mean? There’s nothing really to brag about if you’re Justin Thomas, and with that being said, you know the drill: Avoid this bet.

I know one thing that I’m doing when I place my wagers, and I advise you to do the same, and that’s to take advantage of Matt Kuchar and his +2200 odds. Other than his terrible performance in the Memorial Tournament pres. by Nationwide, the 40-year-old has been nothing but elite this year for the most part.

Things would start out for Kuchar in the Valero Texas Open with a top 10 finish, placing himself two spots away from the top five in No. 7. Up next in the Masters Tournament, he would fall just short of the top 10 with a 12th place performance, but still, a solid showing. He would follow that up by nearly winning the RBC Heritage, falling just short of the victory with a second place finish.

Kuchar would then head to the prestigious PGA Championship, and it would be another top-notch showing for him in that one with an eighth-place finish to place him in the top 10 again. After that, however, that’s when that ‘terrible’ showing would occur at the Memorial Tournament — he would miss the cut completely.

Those +2200 odds are profitable and Matt Kuchar’s season has been magnificent. Being overdue for a win in 2019, he’s definitely surrounded by the temptation to take him as a pick to win the tournament. If I were you, I would take advantage, his numbers are just too good to pass up on.

Like Justin Thomas, I would stay away from Webb Simpson if I were you. Unlike Matt Kuchar, Simpson’s +2200 odds are nowhere as profitable. and this is because of his performance this season. For the most part, it’s just been an average season, with the exception of a top-five performance in the most prestigious tournament in golf.

Things would start out for Simpson in the Valspar Championship, and it would be a horrible beginning to the 2019 campaign — he would miss the cut altogether. Up next, that’s when his top five performance would come, and it would take place in the Masters Tournament with a fifth-place finish. Afterwards, he would fall off in the RBC Heritage with just an average showing, putting himself in the No. 16 position when the smoke cleared.

It would be a very similar performance in the Wells Fargo Championship, where Simpson would land just outside of the top 15 once again to finish 18th. In the PGA Championship, his most recent tournament, he would have an even more lackluster position, posting himself at No. 29 on the leaderboard.

I don’t need to repeat myself, you see it for yourself: Don’t bet on Webb Simpson.

Sergio Garcia has a few elite results on his resume throughout the 2019 campaign, but the other three tournaments that he participated in were absolutely horrible showings. I’d personally say that Garcia could do very well in this tournament, and the +2800 odds could be very profitable. On the other hand, he could also do the complete opposite and end up missing the cut altogether — it’s been that kind of year for El Nino.

Things would get started for Garcia at the Valspar Championship, and it would result in a dismal finish with him placing in 54th on the leaderboard. Up next in the Masters Tournament, it wouldn’t get any better for Garcia with him missing the cut altogether.

After that, however, Garcia would get on a bit of a roll. Beginning with the Zurich Classic of New Orleans, he would nearly win the event falling just short with a second place finish. Following that elite performance, he would have another elite showing at the Wells Fargo Championship. There, he would take a top five finish placing in fourth. In his most recent event in the PGA Championship, however, he would miss the cut and not compete at all.

With that being said, Garcia won’t be entering the RBC Canadian Open with any momentum, but I could also see why someone would take him as a long shot pick. He has the potential to show up and put up great tallies in this small tournaments, and this is one of those. Sergio Garcia is a solid long shot, for sure.