Home > All > The 2018 British Open Odds, Preview and Prediction 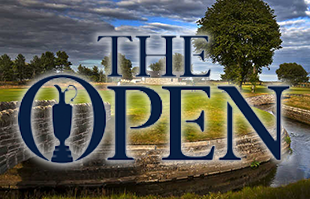 It’s a tournament that goes by many names. Some call it the British Open, others refer to it as the Open Championships while some simply call it The Open. Regardless of the name, golf’s third major tournament of the year is also its oldest major.

The first British Open was played in 1860 at the Prestwick Golf Club in Scotland. It’s the only major not played in the United States and has always been held at the United Kingdom. Last year, it was Jordan Spieth who emerged victorious, winning the 146th edition of The Open at Royal Birkdale Golf club.

This year, the 147th British Open returns to Carnoustie Golf Links in Angus Scotland. It will be the 8th open played in Carnoustie and the first there since 2007 when Padraig Harrington won the first of his two consecutive Opens. This year’s tournament will be held from July 19-22, 2018, And it promises to be another classic.

Who are the Favorites?

Dustin Johnson is the odds-on favorite to win the 2018 British Open at +1100. The best player in the world is undoubtedly in his prime so it isn’t a surprise why the Las Vegas odds installed him as a favorite. DJ’s low and piercing ball flight, which was on full display in three out of the four rounds at the recent U.S. Open, is very much well suited for a windswept links course like Carnoustie.

What worries us a little bit though is that of Johnson’s 18 PGA titles won, only one is a major title. There is no question that DJ has extremely gifted hands but he’s let several big ones slip away from him.

It’s been four years since Rory McIlroy has won a major tournament and it already feels like an eternity. Given that he won four major championships between 2011 and 2015, we consider him to be in a slump. He’s played in 13 majors since his last victory and he’s placed in the Top 10 eight times, including four times in the Top 5.

We know what he’s capable of and didn’t he break out of a similar slump in 2014 by winning the 2014 British Open at Liverpool. He’s next to DJ in the oddsboards at +1200 but considering the “slump” that he is on, that price may be too steep for now.

Jordan Spieth had four runs of under 70 and he finished three strokes ahead of Matt Kuchar at 268 to win the British Open last year. Remember the 50-foot eagle he dropped in the final round last year? The green speed at the British Open is much slower and that allows Spieth to be aggressive with his putts.

Like McIlroy, he’s struggled as of late. After finishing third behind Patrick Reed and Rickie Fowler at the 2018 Masters Tournament last April, Spieth’s best finish has been a T-21 at the Byron Nelson. He’s also missed the cut at the Memorial and the U.S. Open. Still, he’s the defending champion at this event although we’re not sure how that counts with this year’s edition being played at a different course.

The #3 ranked golfer in the world is one of the most consistent players on the tour and even when he has off weekends, he can always turn to his scrambling and putting abilities keep himself within striking distance.

But there’s a difference between hanging around and winning it all. It has been five years since Rose won the U.S. Open and it was supposed to be his breakout event. But Merion still stands as his only major win so far. Rose’s best finish at the British Open was a T-4 but that was a far 20 years ago.

Despite shooting an 84 during the final round at the last U.S. Open, Rickie Fowler still managed to finish the tournament at T-20. That works both ways because it’s a turn off to finish in such a disappointing fashion but at the same time, it’s impressive that he still finished at that spot.

Fowler finished T-6 in the just concluded 2018 Scottish Open and if there was anything to that, it was a good warm-up to the British Open. The 2015 winner at Gullane shot under par in every round and was a 6 under in the Par 5 holes. Given his performance in Scotland, Fowler’s place among the favorites is justified.

Here are the Top 20 names on the 2018 British Open oddsboard:

Tiger Woods at +2000 is an intriguing pick. His major championship drought is now over 10 years and many are saying that if he is going to win another one, most likely it will be in Augusta where he is most comfortable. But Woods has played twice in Carnoustie and finished T-7 and T-12 in both appearances. With the greens there difficult to hit for everybody, Tiger’s short game around the greens is still one of the best in the business.

Patrick Reed is T-2, Win, and T-4 in his last three major tournaments. When Reed birdied five of the first seven holes in the final round at Shinnecock, we thought he was probably headed to his second straight major tournament victory. But that was not meant to be as his rally came up short, but it was impressive nevertheless. After winning the Masters, Reed finished fourth in Shinnecock and that tells you that he is hungry for more.

Captain America though has a not so good record in the Open. In four British Open starts, Reed missed the cut twice and finished T-20 and T-12 on the other two occasions. Still, his recent form in major tournaments is something to take not of. We’re picking Patrick Reed to win the 2018 British Open.