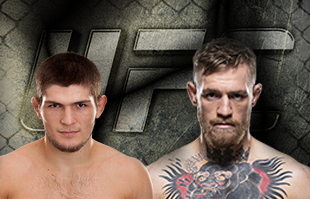 There are some fights that are made but aren’t worth watching, and then there are those that are worth watching but cannot be booked for one reason or another.

With the UFC’s PPV and financial numbers spiraling down since 2017, maybe it’s time for UFC President Dana White and matchmaker Sean Shelby to seriously think about making these fights happen so the UFC’s new owners can start seeing some returns on their mammoth $3B investment.

Who doesn’t want to watch Brock Lesnar? Before Conor McGregor, Lesnar was the UFC’s biggest PPV draw. Lesnar was the headliner of UFC 100, which stood as the UFC’s PPV record holder (1.6M PPV buys) before McGregor’s UFC 202 topped it with 1.65M PPV buys.

Lesnar won the UFC heavyweight title in only his 4th MMA fight. He briefly retired after suffering diverticulitis, returned to the UFC at UFC 200, but was subsequently suspended for failing a pair of drug tests. Lesnar has since returned to pro wrestling in the WWE but has recently hinted that he wants to fight again.

Like Lesnar, Jon Jones was suspended for doping in relation to his 2017 title bout with Daniel Cormier. He was suspended for one year and is eligible to apply for a license this coming August. At UFC 128, Jones became the youngest fighter to win a UFC title when he knocked out Shogun Rua at the age of 23 to win the UFC light heavyweight title. But like Lesnar, he’s fallen from grace.

Jones called out Brock Lesnar in his last bout, and just recently, UFC president Dana White told TMZ that “Brock wants Jones and Jones wants Lesnar.” So why not? A fight between two drug cheats is interesting. But this isn’t about that. We’ve been searching for a true UFC superfight for over a decade. This is it.

Georges St-Pierre and Nate Diaz are two of the most popular fighters in the history of the UFC. St-Pierre was the long-reigning welterweight champion who walked away from the sport in 2013 to take a break from the pressures of being a world champion. He returned in 2017 to defeat Michael Bisping and win the UFC middleweight champion, becoming the fourth two-division champion in UFC history and the first to do so since Conor McGregor. However, after winning the middleweight title, St-Pierre vacated it “to focus on his health.”

Nate Diaz is one-half of the UFC’s Diaz brothers who hail from Stockton, California, and was the winner of the Ultimate Fighter 5. With 15 post-fight bonuses under his name, Diaz is one of the most exciting fighters in the division. Diaz is also one of the best submission artists in his division, and he proved that with his submission win over Conor McGregor at UFC 196.

UFC President Dana White recently said that a lightweight bout between St-Pierre and Diaz is in the works for UFC 227 where the T.J. Dillashaw vs. Cody Garbrandt rematch will take place. The bout would be the co-main event of the production and should serve as a possible title eliminator. However, that is just a plan.

The UFC has offered Diaz many fights since his last appearance, but he’s turned them down. No word from him yet about the possible GSP bout, but remember that St-Pierre owns a win over his brother, Nick, so he may want to take that one back. The UFC needs this fight to start making money. We need to see this fight for the sake of entertainment and for the love of fighting. Diaz and St-Pierre are two of the big names in MMA. Their paths are destined to cross.

When White talked about this potential UFC 227 fight, St-Pierre opened as a -200 favorite against Diaz, who was pegged at +160 at Bovada last month.

Demetrious Johnson is the first and only flyweight champion in UFC history. Mighty Mouse’s current title reign of 11 successful title defenses is the longest in UFC history. Since the inception of the division, DJ has been virtually unbeatable. If you take a look at the top 10 of his division, he’s beaten almost all of them already.

Mighty Mouse has long been linked to a superfight because it seems that no one from his weight class can defeat him. During Dillashaw’s first title reign, a superfight between the two was talked about. When Dillashaw lost to Cruz, those talks died down. But now that Dillashaw is on top of the mountain again, maybe it’s time to finally book these two to a scrap.

Mighty Mouse has lost only twice in his career, both of them at bantamweight. With that in mind, the flyweight champion wants to prove that he is the best fighter in the sport, pound for pound. Dillashaw wants to prove he belongs to the elite. If there’s another superfight I want to see, this is it – champion vs. champion.

The last odds posted for this potential bout were on January 22, 2018, at Bovada. Dillashaw was at even money +100, while Mighty Mouse a slight favorite at -130.

Two of the most dominant female fighters in the UFC today are world champions, and they are both Brazilians. Amanda Nunes retired Ronda Rousey at UFC 207. Prior to that, she beat Miesha Tate to win the UFC women’s bantamweight belt at UFC 200. With likely no one in her weight class to challenge her, perhaps the best thing to do is move up.

Cris Cyborg is considered as the baddest woman on the planet. The UFC’s featherweight champion for women hasn’t lost since 2005 and has 12 knockouts in her last 13 wins. Perhaps the most avoided female fighter in the world, Cyborg has been looking for that one opponent who could really challenge her. Nunes could be it.

Nunes has said so many times in the past that she’s open to fighting Cyborg. But every time Cyborg pushes for the fight, Nunes backs off. Nobody can blame her. Cyborg is a scary girl, really. Last March, Nunes said she is still open to a Cyborg fight but “at the right circumstance.” She doesn’t want to fight at a catchweight and says she needs time to get up to 145 pounds.

This is potentially the first female superfight in UFC history, pitting champion vs. champion. Not many can stand and trade with Cris Cyborg, but given her striking prowess, Amanda Nunes may have the skills to strike with Cris Cyborg. Nunes also has punching power, so who knows? Cyborg hasn’t been hurt before.

No odds for this possible future bout have been put up yet.

Conor McGregor is currently the biggest star in the UFC. The brash Irishman rose from the ranks with his powerful left-hand shot and gift of gab. Since taking over the UFC by storm, McGregor has won two world titles, becoming the third fighter in UFC history to win titles in two different weight classes. He is also the first fighter to hold two titles simultaneously.

But after earning a rumored $100M boxing Floyd Mayweather Jr. last year, McGregor hasn’t fought in the UFC octagon. He has been stripped of his titles, and one of those was the UFC lightweight championship, which he won from Eddie Alvarez in his last fight at UFC 205.

Khabib Nurmagomedov is the feared combat sambo world champion who is undefeated in MMA. The Dagestani won the lightweight title that was vacated after McGregor got stripped of his champion rights. Nurmagomedov is widely considered as the best lightweight on the planet. But don’t tell McGregor that.

McGregor has spoken in the past about fighting Khabib in Russia. McGregor recently figured in an infamous bus attack during a media event for UFC 223. Apparently, Khabib was his target, because not only was Nurmagomedov on his way to winning McGregor’s old belt, but he also had an altercation with one of McGregor’s teammates during that week. McGregor vs. Nurmagomedov will settle the dispute on the best lightweight on the planet. The angle of personal grudge only makes this fight more interesting and the most anticipated UFC fight in recent history.