What to Look out For? The 2018 U.S. Open Golf Tournament Preview 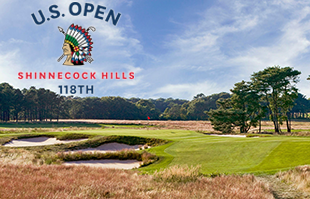 The U.S. Open is the second of golf’s four major tournaments ( Majors ) and is held annually in the second week of June. It has been held in several venues, with the inaugural U.S. Open in 1895, won by Horace Rawlins, held at the Newport Country Club in Rhode Island. Last year, Erin Hills in Wisconsin, became the 52nd course used in the U.S. Open.

Shinnecock Hills is the only golf club to host the U.S. Open in three different centuries. James Foulis was victorious in the 2nd U.S. Open with a three-stroke win over Horace Rawlins in 1896. In the 20th century, Raymond Floyd won in 1986 while Corey Pavin triumphed in 1995. Most recently, Retief Goosen outlasted Phil Mickelson to win his second U.S. Open in 2004.

Shinnecock Hills has undergone a facelift since the last U.S. Open was held here in 2004. The track has been sculpted and the layout has been stretched by 446 yards to 7,445 yards to accommodate the modern professionals. The longest extensions of 76 yards each came to the Par-4 14th hole ( 519 yards ) and the Par-5 16th ( 616 yards ).

From its newly renovated clubhouse, a view of sixteen holes is available since many trees have been removed as part of the project to restore the course to its original character. The fairways are now narrower and fairway bunkers have been added. With these changes, Shinnecock Hills is set to challenge the world’s top golfers so don’t expect a repeat of Brooks Koepka’s winning score of 16-under at Erin Hills last year.

Who Makes Up The Field?

Like any standard stroke-play golf tournament, the U.S. Open is played over 72 holes with the first two rounds adopting a two-tee start from the 1st and 10th tees. The golfers play in groups of three in the first two rounds and a cut is made after 36 holes. The top 60 scores and their ties make it to the weekend for rounds three and four. The last two rounds are played with players grouped in pairs.

The Top 60 in the official rankings and the Top 30 in the U.S. money list also get invites. The reward is also given to players who finished in the Top 10 of the previous U.S. Opens, the previous year’s Senior U.S. Open winner as well as some of the top amateur golfers in the world.

Jordan Spieth and Dustin Johnson are the favorites in this tournament at +900 and +1000, respectively. Both had disappointing finishes at the TPC Sawgrass but they have won this tournament before. Rory McIlroy at +1000 in Shinnecock Hills is going to be interesting.

Who has the best Odds To Win?

The U.S. Open is often won by a player in the prime of his golf career. Only Tiger Woods, Rory McIlroy and Jordan Spieth have won the U.S. Open at age 26 or younger. Likewise, Payne Stewart in 1999 is the last player to win the U.S. Open at the age of 40 or above.

Every U.S. Open winner in the 21st century had at least one previous Top 30 finish in the tournament. Last year’s winner Koepka was 13th in the previous year while 2016 winner Dustin Johnson was the second placer in 2015. Similarly, all 21st century U.S. Open winners had at least one Top 6 finish in the PGA or European Tour during the year they won the U.S. Open.

Prior to missing last year’s cut, Dustin Johnson went T-4, runner-up, and winner in the previous three installments of the U.S. Open. Not only does he pass the criteria we noted above as interesting facts, he’s also had five Top 10 finishes in 9 events played this year. These include his win at the Sentry Tournament of Champions and runners-up finishes at the World Golf Championship-HSBC Champions and AT&T Pebble Beach Pro-Am.

The only concern with Johnson is that he hasn’t won a Major since his first and only Major victory in the 2016 U.S. Open. But given his form this year, the PGA Tour’s number 2 ranked player is our bet. We’re picking Dustin Johnson to win the 2018 U.S. Open.