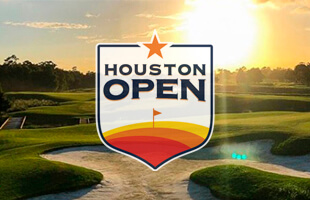 It’s been a total of 18 months since the Houston Open has been apart of the PGA Tour, but this weekend, it’s back! However, things are a bit different for this tournament going forward. Instead of normally being the last tune-up before the Masters in April, the event will instead be held in the fall in a series of events.

With that being said though, there really aren’t too many quality brand names involved in this tournament. To be completely honest, there’s only one that could be considered a top golfer, and that stature belongs to Henrik Stenson — and it reflects in the odds as well with him placed at +900 and his second-place competition being at +2000.

Every Houston Open preview you read will have a picture of Henrik Stenson. Because there are no known photos of anyone else in the field.

If you’re disappointed by the lack of top golfers though, don’t be. These are the types of tournaments in golf where the gambling community can really make a solid profit with all of the odds being pretty high. Hell, even Stenson is a profitable +900. But that’s usually what happens with the tournaments that don’t have elite talent involved and no clear favorite with the oddsmakers, so remember that for future small tournaments on the PGA Tour. Though the entertainment value might not be there as far as just watching is concerned, it’s sky-high when it comes to betting.

According to online sportsbook Bovada, Henrik Stenson is the favorite to win the 2019 PGA Tour Houston Open at +900 odds, while Brian Harman comes in second place at +2000. Up next in the third spot, we have a tie between Cameron Champ and Daniel Berger at +2200 odds, then Pat Perez rounds out the top five for us at +2800 odds. In the No. 6 position, we have another tie, this time between Scottie Sheffler and Russell Henley at +3300, with Russell Knox, Kyle Stanley, and Keegan Bradley all falling in a tie for eighth place at +4000 odds.

Henrik Stenson Has a Story of Dominance at the Houston Open

I understand that most people don’t like to bet on the favorites, and I get it, I’m the same way, but with this tournament, you’ve got to place some money on Henrik Stenson to take this event. Not only are his odds still profitable at +900, but he’s also in excellent form coming in, and here’s the biggest reason of why you should place a bet: He dominates at the Houston Open. Now, he hasn’t earned a victory at this tournament yet, but he’s put up some elite performances. With that being said, you have to think he’s overdue for a win here. Here are his best performances at the Houston Open: 2nd (2016), T-2nd (2013), T-3rd (2009) and T-6th (2018).

Going Back to His Excellent Recent Form Though:

In his last seven tournaments across the globe, Stenson has managed to score four placements in the top 10, including a T-3 placement in the European Tour Scandinavian Invitation in Sweden just two appearances ago. With his dominance at the Houston Open though, when you analyze it a little further, you realize that this year’s field is no where as strong as in years past. With Stenson already dominating in prior Houston Open tournaments, you have to wonder if 2019 is the year where he finally achieves the title up against a weaker field. You also have to place a bet on Stenson under those circumstances, it’s just too good to pass up and is certainly worth the money with the potential payout at +900.

Now I know what you’re probably thinking. With him being an overwhelming favorite to win and the obvious selection to have as your winner, you may be thinking that it’s a steal, too good of a steal, too good of a steal where it’s too good to be true. On top of that, you probably think it’s a trap bet that could make you look like a sucker, and who wants to look like a sucker? But just go with your gut on this one and gamble on Stenson, this bet is way too solid to pass up on.

The past five winners of the Houston Open are: Ian Poulter (2018), Russell Henley (2017), Jim Herman (2016), J.B. Holmes (2015) and Matt Jones (2014). For this year’s edition of the tournament, there are a hand-full of picks that come at great value. Before we get into the top favorites for the tournament, let’s briefly go into some solid betting options that you can make an excellent profit from. Following all of that, I’ll be giving you my betting prediction for who will win the 2019 Houston Open, as well as a long shot pick to ride with for a major payday. After you read and get your advice from me, you can then place your bets for who you think will win.

The 2019 Houston Open takes place at the Golf Club of Houston – Tournament Course and kicks off on Thursday, October 10 and is held until Sunday, October 13, and is being nationally televised on the Golf Channel. The first tee-time on Thursday is at 8:15 AM ET with Russell Henley, Martin Laird, Josh Teater, Mark Hughes, Sepp Straka, and Bronson Burgoon all teeing off. The purse for the event is a total of $7,500,000.

Best Betting Options for Profitability at the 2019 Houston Open

Nearly getting his first career PGA Tour victory at the last Houston Open, Beau Hossier would fall just short of the win by missing a putt the length of 20 feet. He would make the playoff, but would eventually suffer a near-glory defeat.

Playing in the Sanderson Farms Championship last month, Carlos Ortiz would make it to Sunday in the final group and would finish with an elite T-4 place finish. In the two events after though, the results would just be average.

In 2015’s edition of the Houston Open, Cook would manage to get all the way to the final round of the tournament, trailing by just one shot and having a great performance. The champion of the 2018 RSM Classic, Cook hasn’t exactly been the best failing to make the cut for three straight events, and has high odds as a result. But all that means is high profitability, especially considering he has a solid history at the Houston Open.

Don’t let those +15000 odds fool you, Johnson Wagner can certainly win this tournament. The main reason for the hefty figure with the oddsmakers is because of his inconsistency, such as doing good in one event and then disappearing without a trace for months. With that being said, he’s done solid at the Houston Open in the past, including a victory in 2008 and a second place finish in 2015, and that would be in a playoff. There’s a load of value here with Johnson Wagner.

Henrik Stenson hasn’t exactly been in elite form in his last five tournaments, but he’s put up some solid finishes to bring him into this weekend’s Houston Open as the odds-on favorite. At his last event at the BMW PGA Championship (European Tour/United Kingdom), he’d pull in a T-17 placement, but the tournament before would be his best recent finish with a T-3 tally in the Scandinavian Invitation (European Tour/Sweden). Before that, however, it would be nothing more than just average results for the Swede, tying in 27th at the WGC-FedEx St. Jude Invitational (PGA Tour/United States) and another tie for 20th at The Open Championship (PGA Tour/United Kingdom). His other elite placement would come in the Scottish Open (European Tour/Sweden). There, he would take a T-4 mark. Not bad for the most part, and there’s your favorite for this weekend.