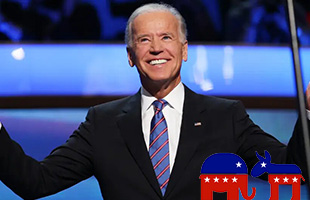 For a third straight week, the odds for Elizabeth Warren to win the Democratic primaries to represent the party in the 2020 United States presidential election have dropped. The reason for the latest drop is most certainly due to her recent announcement of how she would be paying for her Medicare-for-all program.

With all of that being said, however, her decline hasn’t hurt her that much. With her competition in former vice president Joe Biden in particular, he hasn’t been able to take advantage of Warren’s decline at all, continuously staying at the same mark when it comes to the betting odds. Last week, both Bernie Sanders and Pete Buttigieg were tied in the odds, but it appears that Buttigieg has jumped Sanders in the latest set of odds.

According to the online sportsbook BetOnline, Elizabeth Warren takes the top spot in the betting odds at a +120 mark, while Joe Biden places at +300. Placing in the third position on the board is South Bend, Indiana mayor Pete Buttigieg at +600, with Bernie Sanders right behind him at +650 in fourth. Rounding out the top five is last year’s Democratic nominee in Hillary Clinton at +1200.

As far as the rest of the top 10 is concerned, Andrew Yang is placed at +1500 odds for sixth place, while Kamala Harris is at +3000 for the No. 7 spot. Tulsi Gabbard tallies at +4000 for the eighth position, with recently announced candidate Michael Bloomberg at +4500 odds for ninth place. To round out the top 10, Michelle Obama fills that position at +6000.

Going back to Elizabeth Warren’s program concerning Medicare-for-all, it’s going to cost taxpayers a whopping $20.5 trillion (actually being estimated at $34 trillion, according to the Urban Institute). And how is she going to be paying for this exactly? Well, simple: By stealing hard-working people’s money through taxation, and well, even more taxation — including a crack down. She wants to crank up the wealth tax, step up the IRS’ aggression towards tax evasion and here’s one that I actually don’t mind: Continuing employer-assisted health insurance that takes the heat off of each the employee, the employer and the taxpayer. It all gets paid on a balanced level between equal parties, now that’s something that I can vibe with.

Elizabeth Warren’s rhetoric might work with a base of Leftists and young voters, but as far as the moderate Democrats are concerned — which is the majority of the party — it’s not going to fly with them. Warren has stated that her plan won’t raise middle class taxes at all, and would even go as far to say that they won’t be raised even by “one penny.” Yeah, it’s not exactly the most believable thing.

As far as Joe Biden’s healthcare plan is concerned, he’s still trying to pull in as many supporters of Barack Obama as possible for his continued push for expanding the Affordable Care Act, known more commonly as Obamacare.

As you can tell, the healthcare issue is a boiling topic at the moment, and will certainly be the focal point of the next Democratic debate just a few weeks away. With Elizabeth Warren’s odds figure of +120 and it still not breaking away from the pack at this point, it’s hard to imagine that happening throughout the rest of the campaign. If she plans to do so, she’s going to have to take massive advantage of all of her national television appearances. That seems to be the only way to accomplish separating herself from the rest of the candidates. With that being said though, it’s going to be pretty tough to do so as long as a power brand like Joe Biden remains in the race.

As Far as Hillary Clinton Is Concerned:

I would be very careful with this bet. Yeah, her odds continue to rise, but would Clinton actually want to go through this whole process again? That’s the big question. Her ego is certainly big enough to put her back in a race, that’s for sure. It is interesting though that both Clinton and former New York City mayor Michael Bloomsberg appear on the list, especially considering Bloomsburg would make an appearance before he officially declared his candidacy. Will Hillary Clinton be next?

What makes Clinton and Bloomsburg so fascinating is that it looks like that both of them are wanting to pounce on a failing Joe Biden campaign. With these being the circumstances, I wouldn’t count out Hillary Clinton as far as her possibly running for the presidency (again). I could honestly see it happening, even trying to get in as late as possible to avoid as much competition as possible. But like I’ve mentioned, be careful with that bet, because with her age increasing and health on the decline, it’s a bit of a long shot to see her running for the Democratic nomination in 2020. It could happen, of course, her ego is insanely huge, but just be careful — quite profitable and tempting to take at +1200 though. Consider this a juicy bet, and be prepared for a nasty Democratic primaries next year. No matter who is running, it’s going to get a little crazy and loaded with fireworks. It’s shaping up that way, especially if Hillary does run.

As far as other developments are concerned, Democratic candidate Beto O’Rourke would take himself out of the race after recently announcing he was dropping out, making him the most recent Democrat to do so on the campaign trail. And speaking of, you can actually bet on that as well, with Cory Booker favored to be the next candidate to take his hat out of the ring — but they have to drop out before the November 20th debate in Atlanta, Georgia in order to receive a payout, that’s the catch here.

Also on BetOnline, Booker is on top of the oddsboard at -115, with Tom Steyer right behind him at -170 odds. After that, the numbers drop off at a pretty hefty margin. In the third position, Kamala Harris takes that position at +1200, with Joe Biden in the No. 4 spot at +1500. Rounding out the top five is Andrew Yang, labeled with a long shot +3300 figure.

Completing the rest of the list, we have Bernie Sanders in sixth place at +3500 odds, Pete Buttigieg in seventh at +4000, and last on the board in the eighth spot is Elizabeth Warren with a +6600 mark.

Let’s go over the latest reports involving the candidates in the 2020 Democratic primaries, review their chances of winning their party’s nomination, and then afterwards, I’ll be giving you my betting prediction (and long shot pick) for who I have challenging President Donald J. Trump in the general election next year. Who do you have as your nominee for the Democrat Party? After you read and get your advice from me, you can then place your bets over at one of the top betting sites for who you think will be victorious in the Democratic primaries.

I’ve got news for Elizabeth Warren: Her healthcare plan is absolutely terrible. We already know she supports blatant socialism (even though she denies it while delivering said socialist policies, but whatever), but her Medicare-for-all program is even being fact-checked and corrected by CNN out of all outlets. Not only is it going to cost more, but it will indeed raise taxes on the middle class. It’s part of the reason why Warren is dropping in the odds, Americans vote with their wallets. If you’re going to raise taxes, particularly on people’s income, you’re going to lose votes. That’s what you see happening with Warren right now, her electability is crumbling with her fiscal policies. Simply put, Elizabeth Warren has went way too far Left.

Another thing that could become a problem with Warren is her status as the favorite — it may have came too early. In the last debate, she would get attacked left and right by all of her opponents, and she’s certainly became the top target to her party’s candidates. She’s going to be able to survive a constant wave of attacks. Right now, she’s doing great in the polls, having leads over Joe Biden in multiple key states, but with that being said, there’s a long time to go. She may be the favorite at the moment, but she’s going to need to do something about her dropping odds. If Joe Biden stays in this thing and Warren keeps the door open for him, he’ll most certainly take advantage of it being an establishment piece.

Needless to say, Elizabeth Warren has a lot of work left to do.

The former vice president’s odds have been dropping for awhile now, and so has his numbers in the polls, so what you’re witnessing with Joe Biden right now is nothing new. As I’ve already mentioned, he’s behind Elizabeth Warren in the polls in multiple battleground states, and despite the odds consistently changing, Biden continues to be behind Warren no matter what he does — I’m sure it has something do with his constant gaffes, they’ve been incredible (and not in a good way) throughout the entire campaign so far.

But it’s not just bad poll numbers and straight up comedy that Joe Biden is providing — he’s also dealing with corruption that involves him and his son Hunter with the whole Ukraine scandal. So yeah, there’s that too. He also has the President of the United States on his case as well pushing for both him and his son to testify.

There is some good news that comes out of this though. Despite the polls not being in his favor, Biden is still doing great when it comes to minority voters, and that should keep him afloat as far as the polling is concerned. Just recently, he would pick up an endorsement from a ninth black Congress member, which is certainly going to help his numbers with African-Americans increase. It’s not all bad for the Biden campaign, but as you see, there’s a lot of cleanup and crisis management that needs to happen.

I’m a bit surprised that Pete Buttigieg managed to clean up and save his campaign, but he’s done an excellent job of doing so. As a matter of fact, he’s actually become a frontrunner in a recent Iowa poll, even saying that the state is between him and Elizabeth Warren — no mention of Joe Biden. And the confidence is deserved, Buttigieg has definitely done his thing the past month to get his campaign on the right track. He’s bringing in large crowds to his rallies, winning over older voters to add to his younger base and is delivering a “hope and change” message that is being compared to former President Barack Obama’s 2008 campaign when he was just a candidate running for POTUS. It’s been a solid recovery for Mr. Buttigieg.

There isn’t much negative views regarding the mayor of South Bend, Indiana, but he does need to improve with minority voters if he wants to win the Democratic nomination, especially when the primaries go down south. He’s doing great when it comes to age. As I previously mentioned, he’s built up a base with both young and older voters, but he’s going to have to step it up with minorities, particularly with African-American voters. If not, he’ll be doomed by the likes of Elizabeth Warren and Joe Biden — two candidates that do great with black voters.

Other than that though, Pete Buttigieg deserves some credit. He’s running a great campaign at the moment, solid job to get back in this thing. Now he just needs to continue the momentum. 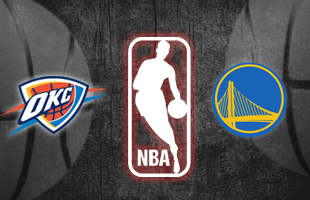 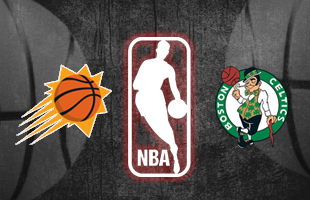 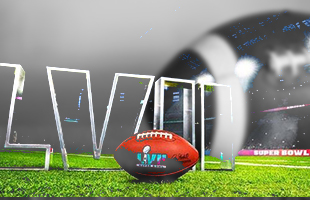 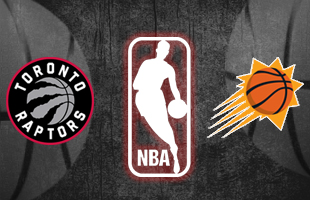 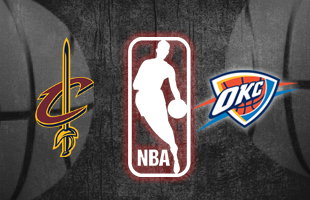 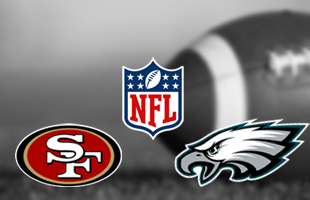 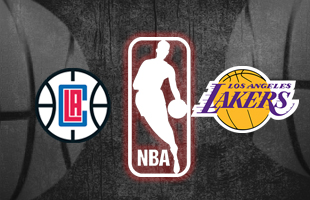 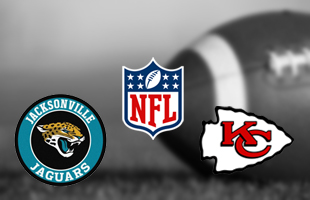