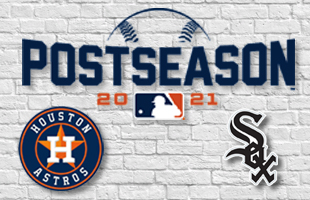 The Houston Astros will attempt to eliminate the Chicago White Sox in Game 4 of their AL Division Series on Tuesday at Guaranteed Rate Field.

Houston got off to a fast start by winning the first two games at their home field by an aggregate score of 15-5. However, the White Sox staved off elimination by producing a 12-6 win on Sunday night. These teams were supposed to play on Monday but the game was postponed because of the rain forecast.

Carlos Rodon will open on top of the mound for the White Sox with Game 1 starter Lance Lynn available from the bullpen. Manager Tony LaRussa said Lynn or Lucas Giolito will start Game 5 if they win on Tuesday.

Jose Urquidy was supposed to pitch on Monday but Houston chose to go with Lance McCullersJ Jr. with the hopes that he can duplicate his brilliant Game 1 performance against the same opponent. But more than the pitcher, it’s the Houston bats that need to be better in Game 4 as they struck out 16 times in Game 3, matching their total from the first two games of the series.

McCullers pitched in Game 1 of this series and he delivered for Houston by pitching a shutout through 6 ⅔ innings, punching out four batters holding Chicago to just four hits on 104 pitches thrown. During the regular season, McCullers posted an ERA of 3.16 and a 2.43 strikeout-to-walk ratio in 162 total innings pitched across 28 starts. Jose Urquidy was supposed to get the Monday start but with McCullers getting a full rest with the game postponement, Houston is hoping he can deliver the final blow on Tuesday.

Houston ranks second in the playoffs in OPS at .787 and they rely heavily on their offense to deliver victories. The Astros are scoring an average of seven runs per game and they have been very patient at the plate, drawing 13 walks in the first three games of this series. Right Fielder KyleTucker is hitting very well in the series with two home runs and seven RBIs and an OPS of 1.250.

This will be Rodon’s first postseason start of the year after 24 starts during the regular season. Rodon posted a 13-5 record with an ERA of 2.37 and a WHIP of 0.957. He struck out 185 hitters with 36 walks in a total of 132.2 innings of work this season. In his most recent start against the Cincinnati Reds, Rodon threw five scoreless innings while allowing one hit, two walks, with four strikeouts. He is 21-18 with an ERA of 3.94 and a 1.298 WHIP when pitching at Guaranteed Rate Field.

Chicago ranks 4th in the majors with a .706 OPS in the current playoffs. They are producing enough runs to win games at 4.7 runs per contest. Chicago is also second behind the Boston Red Sox in team batting average at .287. Luis Robert has has a 1.188 OPS in the playoffs while Leury Garcia and Yasmani Grandal homered in Sunday’s win, giving the White Sox their first home runs of the current postseason.

Head to head, Houston Astros are 7-3 SU in their last 10 games played against the Chicago White Sox.

Rodon has pitched well this season but since August, he has thrown just a total of 28 innings and has not pitched more than five innings since in a game since July 18th. After averaging almost 96 mph with his fastball for most of the season, he was throwing at 92.8 mph in his last start against the Cincinnati Reds.

With the uncertainties, it’s hard to put my faith in Rodon in a win-or-go-home game like this one. Neither am I inclined to trust the bullpen, especially after their Game 2 meltdown. Houston has the momentum heading to Game 5 and they have the experience to pull it off. Chicago may have the edge in terms of the starting pitcher, but their bats will make up for that in this potential close-out game.

I think that the bats are warming up for both sides and with the fluid pitching situation on both sides, this is going to be a high-scoring game. The last two games of this series have seen a total of more than 10 runs. This one shouldn’t be any different.