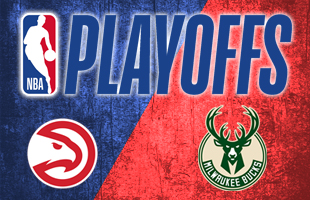 The Atlanta Hawks and Milwaukee Bucks square off at the Fiserv Forum for Game 2 of the 2021 Eastern Conference Finals on Friday night.

Atlanta will be looking for another upset and the 2-0 lead after stealing Game 1 behind a 48-point explosion from Trae Young. However, the Bucks will be determined to even the series but they will need to do a better job of containing Young.

The Hawks took Game 1 as +7.5 point betting underdogs to the Bucks. Atlanta improved to 6-2 on the road in the postseason and won their second straight Game 1 on the road. The win was the Hawks’ first victory in the Conference Finals since moving to Atlanta in 1968.

Trae Young had another spectacular game on Wednesday as he erupted for 48 points, grabbed 7 rebounds, and issued 11 assists to lead the Hawks. Meanwhile, Clint Capela had a monster night himself with 12 points and 19 rebounds including a putback with 29.8 seconds left to give the Hawks the lead for good.

The Milwaukee Bucks suffered their first home loss in the postseason and their first in 14 games overall. Milwaukee got off to a good start but they let the Hawks score 34 points in the third quarter while outsourcing them by 8 points during that span. The game got close late in the 4th but with their closer Middleton struggling, the Bucks let Pat Connaughton take the biggest shot of the game and he air-balled it.

Giannis Antetokounmpo had a big game for the Bucks and barely missed a triple double with 34 points, 12 rebounds, and 9 assists. Khris Middleton had an off night with only 15 points on 6-2e field goal shooting but Jrue Holiday made up for the off night by putting up 33 markers and issuing 10 assists.

The Bucks dominated the shaded lane by outsourcing the Hawks 70-54 in points in the paint. They, however, shot a terrible 8-36 from hree-point distance or 22.2% and were outrebounded 51-45. Both teams made 47 field goals and 8 three-point baskets and the difference in the game was Atlanta making three more free throws than Milwaukee.

Milwaukee had the game under control 105-98 lead with 4:18 left in the game. But they gave up five quick points to make it a back and forth affair. The Bucks had several opportunities to put the Hawks away but Atlanta simply refused to go away and they hit big shots down the stretch. Those are the breaks of the game and they didn’t go Milwaukee’s way.

John Collins corner three was a backbreaker and it was the only three-point make for Collins in five attempts during the game. He also shot 26.2% from deep during the Sixers’ series. Trae Young’s three-point play with 3:26 left in the game was also a play made in heaven. And don’t forget, Young scored 48 in Game 1 and the Hawks won by just three.

I don’t expect Young to have back-to-back 40-point games. As good as he’s played this postseason, he’s had only one back-to-back 30 point games during the playoffs. Unless Bogdanovic recovers with a big game, the Bucks should win this game with the better defense on Trae Young. Milwaukee bounces back at home in Game 2.

Head to head, the Hawks are 13-6 ATS in their last 19 games played against the Bucks. Atlanta is also 19-7 ATS in the last 26 meetings in Milwaukee.

Two of Atlanta’s losses to the Sixers were by 16 points so this is a team that can be blown out. However, with the way they are playing right now, and with the confidence they’ve gained after producing one upset after another, you have to give it to the Hawks.

I’m not sure if they can win two in a row in Milwaukee but I don’t think the Bucks will blow them out in a bounce-back game. Since the Bucks cannot give the ball to their best player down the stretch because of his free throw shooting issues in the 2021 playoffs, I don’t trust the Bucks to close out and cover in clutch situations.

Atlanta has shown enough grit to be considered live underdogs here. And if they can’t steal another game, they won’t lose big either. The Hawks are resilient and this is going to be another close game. I’ll take the plus points here.

Head to head, the total has gone under in four out of the last five meetings between these two teams.

Make no mistake, these teams combined to score 229 points in Game 1. However, that came in a Game where Trae Young scored 48 points.

Atlanta’s 116 points were the most since Game 1 of the Sixers series where Young scored 35 points. Just like the Sixers made adjustments after Game 1, the Bucks will make theirs too. No, Milwaukee can’t stop Trae Young, but they can contain him.

Coach Bud makes the necessary adjustments and limits Trae Young in Game 2. Milwaukee doesn’t need tons of points to win. They are a terrific defensive team in the playoffs, surrendering 111 or fewer points in four out of their last six games.

The Bucks tighten up their defense in Game 2. It’s harder to put away the Hawks when you try to outscore them so the Bucks will have to defend better to win. And they will.