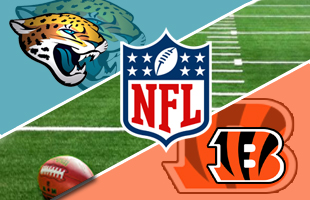 The Jacksonville Jaguars travel to the Paul Brown Stadium to take on the Cincinnati Bengals in the first game of Week 4 of the 2021 NFL season on Thursday night.

Jacksonville will be looking for its first win after starting its 2021 campaign with three double-digit losses. The Jaguars aren’t just 0-3 SU on the season, they are also 0-3 ATS so far and things don’t look promising early on in the Trevor Lawrence era. In their last game, the Jaguars lost to the Arizona Cardinals 31-19 as eight-point betting underdogs.

On the other hand, the Cincinnati Bengals have been one of the more pleasant surprises of the season. The former whipping boys of the league have started with a 2-1 mark and they are also 2-1 ATS despite being the underdog in their first three games. Cincinnati is coming off a 24-10 upset win over the Pittsburgh Steelers in a game where they were 2.5 point spread underdogs.

Jacksonville looked on its way to its first win in nearly 13 months but literally gave it away against the Arizona Cardinals. 2021 top pick Trevor Lawrence threw a pick-six that turned a 19-17 lead late in the third quarter into a deficit and they committed two more turnovers after that to drop their 18th consecutive game.

The Jaguars have the most turnovers in the league at 9 and their turnover ratio of -8 is also the worst in the NFL. The turnovers erased an excellent first half where their defense limited the Cardinals to just 155 first half yards while leading 19-10.

Trevor Lawrence completed 22 of 34 passes for 219 yards with one touchdown but had two interceptions in their last game. James Robinson had 88 rushing yards on 15 carries while Marvin Jones caught 6 passes for 62 yards. Jamal Agnew has returned a kick for more than 100 yards in two consecutive weeks.

Joe Burow’s comeback season has started very well as the Bengals have won two out of their first three games despite being underdogs in all three games. Burrow and Ja’Marr Chase have displayed the chemistry that helped LSU win a national title during their stay there. Last week, Burrow threw two TD passes to Chase who is only the 9th receiver in NFL history to have a TD catch in each of his first three NFL games.

The Cincinnati defense has done a good job, holding its opponents to an average of 18 points per game. They rank 8th in rush defense and they conceded only 45 yards to the Steelers last week. The Bengals’ defense also produced four sacks while their offensive line ended Pittsburgh’s 75-game streak with at least one sack.

Joe Burrow completed just 14 of 18 passes for 172 yards but he threw for 3 touchdown passes and only had one interception against the Steelers. Joe Mixon rushed for 90 yards with 18 carries while Ja’Marr Chase caught four passes for 65 yards with two TD catches.

Head to head, the Bengals have won four out of the last six meetings between these two teams.

Jacksonville hasn’t been able to run the ball well this season and that’s forced them to go to Trevor Lawrence more than they should. Lawrence leads the league in interceptions and this hasn’t been the kind of start that was expected of him.

Burrow hasn’t been spectacular either and has thrown four picks already this season. But coming off a serious injury, you have to admire what Burrow has done so far. His seven TDs thrown are just three off Tom Brady’s league-leading pace and he is one of only 12 QBs with a completion percentage of at least 70%.

Cincinnati is playing much better as a team too and with Jacksonville’s offense struggling, the stout Bengals’ defense should help Burrow pick up another win here.

You have to love the Bengals right now as they are 2-1 and on top of their division. However, let’s not get carried away too fast. This is only the second time since the start of last season where Cincinnati has been listed as betting favorites. This is also the first time that they have been favorites by more than a touchdown since 2017.

Make no mistake, they are playing much better football than Jacksonville. But given their history and the inexperience of their key offensive players, I’m not going to lay too many points against a team who may be their equal but is just not playing up to par.

But while you can’t trust the Bengals to be a winning team just yet, they have done a good job against teams that they are supposed to beat. This is a team that takes advantage of their opponents, especially when it comes to covering the spread.

Jacksonville’s scoring defense is 5th worse in the NFL at 30.3 points per game allowed. They have conceded 31 or more points twice in three games and their defense allows opponents to amass an average of 418.0 yards per game, 4th most in the league.

Cincinnati’s defense has been very good to start the year but their passing defense ranks just in the middle of the pack. Their scoring defense is one of the best at an average of 18.0 points per game allowed. However, they still gave up 20 or more points in two of their three games played.

These aren’t two very good scoring teams, really. But I think that the total of 45.5 is too low, given how their pass defenses operate. I like these teams to hit the over, possible 50+ points combined.