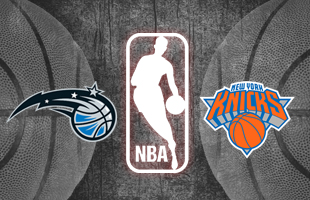 The Orlando Magic will hit the road and head to Madison Square Garden for a date with the New York Knicks on Wednesday night.

Orlando heads to the Big Apple with three straight losses in their resume and five defeats in their last six overall. The Magic are 3-11 on the season and they are in the bottom of the Southeast Division, already 7.5 games behind the leaders Washington Wizards.

New York meanwhile will have the momentum here as they snapped a two-game losing skid by beating the Indiana Pacers here at the Garden. The Knicks have won just thrice in their last eight games after starting the season with a 5-1 SU record. New York is currently 2nd in the Atlantic Division, 1.5 games behind the Brooklyn Nets.

These teams have split their first two meetings of the season with the Knicks blowing out the Magic by 25 points in Orlando last October 22 and the Magic returning the favor two days later with a 110-104 win at Madison Square Garden.

The Magic are having a rough start to the season with only three wins so far. But one of those wins came against these same Knicks team in this same venue so the Magic should feel a little confident heading to this game.

However, Orlando might have to repeat the win without Jalen Suggs and Michael Carter-Williams who are currently listed as doubtful to play in this game. Both scored in double-digits during the win over the Knicks.

Cole Anthony leads the team in scoring and passing at 20.2 points and 5.6 assists per game. Wendell Carter Jr. is just a shade under a double-double average at 13.7 points and 9.9 rebounds per game while Franz Wagner is contributing 13.4 points and 1.4 steals per game and Mo Bamba 11.4 points and 2.2 blocks per contest.

Orlando is ranked 28th in scoring at 99.9 points per game this season. They are 25th in rebounding at 44.6 boards grabbed per contest and are 26th in passing at 21.7 dimes per outing.

The Knicks have sputtered after a 5-1 start and they have won just thrice in their last eight games. New York however is coming off a win over the Indiana Pacers at this same venue last Monday. The Knicks are 5-2 SU on the road this season but are just 3-4 at Madison Square Garden.

New York has struggled to defend the perimeter, allowing opponents to shoot 36.7% from deep. With Orlando ranked 7th in the league in attempts and 11th in three-point makes, this is something to watch out for in this game.

Julius Randle leads the Knicks with 20.3 points, 10.4 rebounds, and 5.1 assists per game. RJ Barrett is having a fine start at 15.5 points and 5.2 rebounds per contest while Derrick Rose is contributing 12.9 points off the bench. Kemba Walker and Evan Fournier are also scoring in double figures at 12.8 and 12.7 points per game, respectively.

New York is 17th overall in scoring at 108.4 points per game and they are 11th in rebounding at 46.0 boards grabbed per contest. The Knicks are also 24th in passing at only 21.9 assists per game.

These teams have split their first two meetings of the season and the Magic beat the Knicks by six points in their most recent matchup last October 24th at MSG. New York surely has not forgotten that loss nor last season’s playoff defeat.

The Knicks are shooting the ball better than the Magic and are the better team off the glass. New York hasn’t been good at home this season but the Magic have been terrible on the road as well. I will have to go with the Knicks here because while they are struggling, they are carrying the momentum of their win against the Pacers in their last outing. Meanwhile, the Magic have lost three in a row including two blowout defeats.

Both these teams have struggled against the spread this season but the Magic have been worse. Orlando is scoring just 99.9 points per game this season and their last five losses have come via double-digit margin. Jalen Suggs and Michael Carter-Williams are listed as doubtful for this contest for the Magic.

New York has not played with the same defense that made them successful last season but in their last four games, they have held their opponents to an average of 99 points per game while going 2-2 SU during that span.

While I am pretty sure the Knicks are going to win this game, I’m not sure about the spread. Only one of the Knicks’ last five wins has been by double digits and that was their victory over the Bucks. With the Knicks’ current struggles, I don’t trust them to cover a double-digit spread.

However, with no guarantee that Jalen Suggs and Michael Carter-Williams will be available for the Magic, I have no choice but to go with the Knicks. 11.5 points is a lot to lay when you are picking a struggling team like the Knicks. But the Magic’s offense has been terrible this season and could be worse without two key players. Give me the Knicks.

Orlando is one of the lowest-scoring teams in the league at only 99.9 points per game allowed, 28th overall. They have scored 92 or fewer points in four out of their last six games played.

Meanwhile, the Knicks defense has been clicking as of late, allowing just 103 or fewer points in each of their last four games. New York has gone under 209 points in four out of their last six games played and they are in the bottom half in the NBA in scoring at only 108.4 points per game this season.