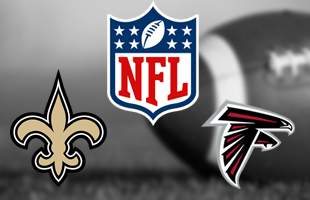 The New Orleans Saints open their 2022 campaign against the Atlanta Falcons at the Mercedes-Benz Stadium on Sunday in a Week 1 NFC South showdown.

Interestingly, the quarterback battle will feature the Top 2 picks of the 2015 NFL Draft. The Saints will be back with Jameis Winston whose 2021 season ended prematurely with an injury. Winston was the top pick in 2015. Opposing him will be Marcus Mariota whom the Falcons brought in to replace longtime QB Matt Ryan who has moved on to the Indianapolis Colts.

For whatever it’s worth, Mariota is 2-0 in his career against Winston. Mariota’s Tennessee Titans outscored Winston’s Tampa Bay Buccaneers 69-37 in two meetings. This will be Winston’s first game since tearing his ACL during an upset win over the Bucs in last year’s Halloween game.

The Falcons opened as +3.5 point favorites but the line has moved to +5.5 points with New Orleans getting heavy backing. The total has stayed at 42.5 points since opening.

The Saints head to the 2022 season after finishing 9-8 last season. They finished second in the NFC South but finished just outside the playoff picture. Jameis Winston is back and he will try to stay healthy this year and give the Saints a full version of his good 2021 campaign.

Winston threw for 1,170 passing yards with 14 touchdowns and only three interceptions before he succumbed to a season-ending injury. Alvin Kamara‘s status is up in the air due to off-field issues. But even if Kamara will play, we are also going to get to see plenty of Mark Ingram II in the backfield. The Saints drafted Chris Olave to join a receiving corps led by Michael Thomas, Jarvis Landry, and Marquez Gallaway.

On defense, New Orleans will bring back one of the most complete and overlooked defensive units in the NFL. Cameron Jordan and Michael Davenport lead the front while Demario Davis is the leader of the linebacking group. Meanwhile, Tyran Mathieu and Marshon Lattimore are the top personnel in the secondary.

The Falcons are coming off a 7-10 season and with low expectations, they are looking to pull off a surprise. However, longtime QB Matt Ryan is gone and the new starter is Marcus Mariota who was Derek Carr’s back-up in Las Vegas. Atlanta also drafted Desmond Ridder from Cincinnati.

Cordarrelle Patterson led the Falcons with 618 rushing yards and will be back to lead the ground attack this year. Kyle Pitts is coming off a 1000+ receiving yard season as the team’s top receiver at tight end. Meanwhile, rookie Drake London has been placed in the WR1 slot after being drafted in the first round out of USC.

The Atlanta defense did not make a significant addition during the offseason. The pass rush defense is once again led by Grady Jarrett while the secondary will boast the presence of A.J. Terrell and Casey Hayward. The Falcons gave up the 4th most points per game in the league last season.

The Saints made a big move after longtime head coach Sean Payton decided to retire. Taking over is Dennis Allen who was Payton’s Defensive Coordinator since 2015. Allen did a good job with the defense as the Saints finished strong, winning four out of its last five games last season both SU and ATS. During that stretch, New Orleans held their opponents to 10 points or fewer in three of their four wins. The under also went 6-1 in their last seven games played last campaign.

Meanwhile, the Falcons have been a miserable home team, losing eight out of their last nine at home while failing to cover the betting spread in each of their last seven games played at home. Atlanta moved on from Matt Ryan and will now be led by veteran Marcus Mariota. Mariota backed up Derek Carr in Las Vegas but with Carr playing well, he could not get the chance to prove his worth there. Now he gets it in Atlanta.

Mariota has looked good during his career but hasn’t been that consistent. He makes great plays and then counters with huger errors. Against the Saints, he could face some issues. New Orleans forced 25 takeaways last season with 18 interceptions and 7 fumble recoveries.

No question having the home team with plus money is tempting but given the changes in Atlanta, especially having a new quarterback and facing a good defensive team, I like the Saints to win this one.

Winston throws a lot of interceptions and he was inconsistent for the Saints last season. However, he was 5-2 as their starter before he got hurt. New Orleans has a solid offensive line and Alvin Kamara will not be suspended plus Michael Thomas will finally be back and healthy. New Orleans also signed Tyran Mathieu and Marcus Maye during the offseason, adding more depth to an already deep front seven.

Meanwhile, this will be the start of the post-Matt Ryan era in Atlanta. Ryan had been the QB of the franchise for 14 seasons but they traded him during the offseason. Now, the Falcons will have veteran Marcus Mariota as the starter and he had been a solid back-up in Las Vegas. Atlanta also drafted QB Desmond Ridder in the 2022 NFL Draft and it’s believed he will take over once Mariota starts to struggle.

Falcons top rookie Drake London is trending to be playing on Sunday but is officially listed as questionable. The Falcons have many serviceable players but I just don’t think Mariota is the QB to lead them back to success. The Saints still have that elite defense. If Winston is in good form, this should be a cover for the Saints.

The total has gone under in five out of the last seven head-to-head meetings between these two teams. The under is also 9-4 in their last 13 meetings in Atlanta.

The Falcons are rebuilding and while the team has good position players like Drake London and Kyle Pitts, Mariota may not be the guy that leads this team back to prominence. While he is a solid player, Mariota is at best a backup right now. Desmond Ridder is a solid rookie but he may not be ready to take the QB1 job just yet.

Jameis Winston played solid last season but the Saints have never been a high-scoring team. But even if they put up good numbers in this game, the Falcons won’t help them breach this total. The total isn’t that high but given that Atlanta is rebuilding and New Orleans isn’t really an explosive offensive team, this should fall short of the total.