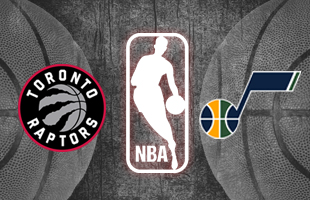 The Toronto Raptors continue their Western Conference road trip with a visit to the Vivint Arena and a date with the Utah Jazz on Thursday night.

Toronto has dropped below the .500 after back-to-back losses, including a 118-113 defeat in Portland last Monday. The Raptors are 7-8 on the season and they are tied with the Celtics at the bottom of the Atlantic Division team standings. Boston and Toronto are also deadlocked in the 9th spot in the early Eastern Conference playoff picture.

Utah is coming off a 120-85 win over the Sixers at home last Tuesday. The win snapped a two-game home losing streak for Utah and helped them improve to 2-2 in this current homestand. The Jazz are 9-5 on the season and they are on top of the Northwest Division and third in the latest Western Conference team standings, behind only the Phoenix Suns and Golden State Warriors.

The Raptors have won seven out of the last 10 meetings between these two teams but it’s worth noting that the Jazz have taken two out of the last three, including their most recent one, 106-102, last May 1st here at Vivint Arena

The Raptors lost to the Blazers last Monday despite getting 27 points from OG Anunoby and 20 from the returning Pascal Siakam. Toronto got Fred VanVleet back after a one-game absence but big man Precious Achiuwa missed his second straight game with shoulder tendinitis.

Toronto ranks 21st in scoring at 105.9 points per game this season. They are 20th in rebounding at 45.0 boards grabbed per contest and are 29th in passing at 20.5 assists per game.

The Jazz blew out the Embiid-less Sixers 120-85 last Tuesday. Bojan Bogdanovic erupted for a season-high 27 points with five triples while reigning Sixth Man of the Year Jordan Clarkson added 20. Rudy Gobert provided the defense with 15 points, 17 rebounds, and four blocked shots as Utah played its best defensive game of the season against the short-handed Sixers.

Donovan Mitchell leads the Jazz in scoring with 24.6 points scoring average. Spida is also averaging 4.3 rebounds and 4.9 assists per game. Bogdanovic is putting up 17.7 points per contest while Clarkson is contributing 15.4 points per game. Rudy Gobert is averaging a double-double with 14.9 points and 15.4 rebounds per game while also blocking 1.9 shots per contest.

Utah is the 5th best scoring team in the league at 110.9 points per game. They are ranked 5th in rebounding at 47.3 boards grabbed per contest. The Jazz are 27th in passing at only 20.9 assists per game issued.

Head to head, the Raptors have won seven out of their last 10 head-to-head meetings against the Jazz.

Toronto has owned Utah in their recent head-to-head meetings but this is their first of the season and the Raptors are still adjusting to Siakam’s return. Siakam is averaging only 17 points per game after being a 20+ point scorer in each of the last two seasons. But scoring hasn’t been much of an issue as defense is. The Raptors scored 121 and 113 points in their last two games but lost both because they let their opponents score more.

Utah has the offense that a struggling defensive team does not want to face. The Jazz are 5th in the league in scoring at 110.9 points per game and they are coming off a game against the Sixers where they scored 120.

With explosive scorers like Mitchell, Bogdanovic, I think Utah’s offense will be too much for the Toronto defense to handle. The Jazz are 5-2 at home and 9-5 as favorites this season. I’ll eat the chalk and go with Utah.

The Raptors have played subpar after a good start. Toronto is just 1-5 in their last six games played but three of those losses including the last two have been by six or fewer points. Two out of their three other losses this season were by no more than 8 points. If only the Raptors had Siakam, they might have a better record right now.

Utah snapped a two-game losing streak by beating the Sixers last Tuesday. In that game, Utah showed balance by erupting for 120 points while also holding down the Sixers to just 85. However, the win came against a Sixers team that played without its best player. Prior to that game, the Jazz were 1-4 SU and ATS including 2-2 SU and ATS at home.

While I’m not sure if Toronto can upend Utah at the Vivint Arena, they should be able to keep this close. The Jazz are coming off a 35-point win against the Embiid-less Sixers. They might head to this game with a false sense of security. Toronto is without Siakam but they have been able to give a good fight in their losses. I’ll take the plus points here.

Head to head, the total has gone under in each of the last three meetings between these two teams.

After losing their court general in Kyle Lowry, Toronto’s game has slowed down and right now they rank 28th in the league in pace. They have, however, given up 109 or more points in four out of their last five games, resulting in the over hitting four times including thrice when the total was 212.5 points or lower.

The Jazz meanwhile, are known for their slow and methodical style of play. They are near the bottom in pace and their grind-out style has led to the UNDER hitting four times in their last five assignments.

The Raptors’ scoring has suffered without Lowry and with Siakam hurt. They are in the bottom 10 in scoring. Factor in Utah’s slow pace and the Jazz playing better defense as of late. This should be a low-scoring contest.