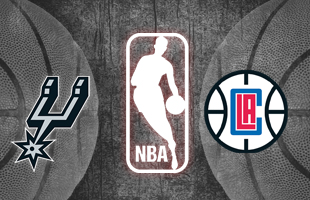 The San Antonio Spurs complete their trip to Los Angeles with a showdown against the Clippers on Tuesday night at Staples Center.

San Antonio dropped a 106-114 contest to the Lakers on Sunday to fall to 4-9 on the season and drop to third place in the Southwest Division. The Spurs are without leading rebounder Jakob Poeltl who is injured and they head to Staples Center with just three wins in their last 10 games played including back-to-back losses to the Mavs and Lakers.

Los Angeles saw its seven-game winning streak end at the hands of the up-and-coming Chicago Bulls on Sunday night. The Clippers couldn’t get things going against Chicago as they scored only 90 points in the game. Los Angeles is 8-5 on the season and they are in third place in the competitive Pacific Division.

The Spurs are still trying to find their new identity after letting go of superstar DeMar DeRozan during the offseason. Without DeRozan, Dejounte Murray has emerged as their main man, averaging 18.4 points, 7. 8 rebounds, 8.0 assists, and 2.1 steals per game. Keldon Johnson has been a pleasant surprise averaging 16.1 points and 6.5 rebounds per game. Jakob Poeltl, Devin Vassell, Lonnie Walker IV, Derrick White, and Doug McDermott are scoring in double digits in San Antonio’s balanced offense.

The Clippers have found success even without Kawhi Leonard thanks to the excellent start by Paul George. PG is averaging 26.5 points, 8.2 rebounds, 5.2 assists, and 2.2 steals per game Reggie Jackson continues to step up in Leonard’s absence with 17.8 points and 4.1 assists per game. Meanwhile, Eric Bledsoe, Luke Kennard, Terrance Mann, and Nicolas Batum are scoring in double digits while Ivica Zubac is averaging 9.8 points and 7.8 rebounds per game.

Los Angeles ranks 14th in scoring at 108.5 points per game scored and is 13th in passing at 23.8 assists per game. They are 16th in rebounding at 45.4 boards grabbed per contest and are 5th in points allowed at 103.3 points per contest while limiting opponents to 42.5% field goal shooting.

The Spurs are five games below the .500 mark and without a go-to guy, they have found it difficult to win games. Now, San Antonio is dealing with injuries to several rotation players led by center Jakob Poeltl who is averaging 13.9 points and 9.7 rebounds per game.

The Clippers meanwhile, just saw their seven-game winning streak snapped by the Bulls. Prior to the loss, Los Angeles was playing like a contender, coming back from large deficits to win games or dominating opponents from start to finish. Behind Paul George’s strong start, Los Angeles is in a good spot right now despite playing without Kawhi Leonard.

San Antonio’s defense has been ineffective this season and with Paul George playing at a high level right now, I think that the Clippers will have a big bounce-back game here after losing to the Bulls. The Clippers simply have more offensive talent and they are the team that is playing better defense right now.

Head to head, the Clippers are 5-3 ATS in their last eight games played against the Spurs. However, the Spurs have covered four out of the last five meetings at Staples Center.

Although they are a decent 7-6 ATS overall this season, the Spurs have failed to cover the spread in two out of their last three games played. San Antonio will be playing this game without key rotation players likes Zach Collins, Jock Landale, Jakob Poeltl, and Davontae Cacok.

The Spurs rank only 24th in the league in rebounding and will be without their top rebounder in Poeltl here. San Antonio also allows 109.5 points per game, 22nd in the league this season.

The Clippers are coming off a loss to the Bulls but before that, they won seven straight games. Los Angeles has been just a pedestal in scoring but that is expected as they are without their best player in Kawhi Leonard. But the Clippers’ defense has been stellar, giving up only 103.3 points per game while holding opponents to only 32.4% shooting from the floor.

Head to head, the total has gone under in six out of the last 10 meetings between these two teams.

The under has been more prominent in San Antonio’s total games played this season. However, the Spurs have favored the OVER in their last three games with the total hitting at least 220 in all three games. The main reason behind that? The absence of Jakob Poeltl.

Poeltl is San Antonio’s leading rebounder and without him, the Spurs have surrendered more second-chance points to their opponents. San Antonio has conceded an average of 118 points per game in their last three games, all without Poeltl.