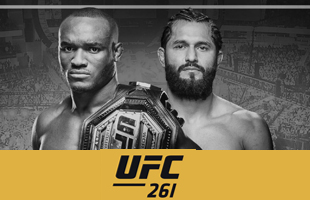 The UFC heads to Jacksonville this weekend for UFC 261 at the VyStar Veterans Memorial Arena in Jacksonville, Tennessee.

In the main event, the UFC welterweight title is on the line when Kamaru Usman makes his 4th title defense against Jorge Masvidal in a rematch of the main event of UFC 251.

Let’s take a look at the main card bouts and make our predictions.

Kamaru Usman will defend the UFC welterweight title for the 4th time and he will do so against the man he defeated in his second title defense. Usman won the belt by dominating Tyron Woodley at UFC 235 and has since defended the title successfully three times.

Usman is 18-1 with eight knockouts and one win via submission. He has not lost a bout since dropping his second professional fight and is a perfect 13-0 inside the UFC octagon. The champion is a switch hitter who stands six feet tall with a reach of 76 inches. He averages 3.22 takedowns per 15 minutes and has improved his striking over the years.

Jorge Masvidal is the no. 4 ranked welterweight in the UFC. Gamebred is one of the UFC’s most popular fighters and he gained fame with an impressive 2019 campaign where he stopped Darren Till and Ben Askren while also beating Nate Diaz for the BMF title. Masvidal challenged Usman at UFC 251 but lost in a shutout.

Gamebred is 35-14 with 16 knockouts and two submission wins. He is an orthodox fighter who stands 5-11 tall with a reach of 74 inches. Masvidal has not fought since losing to Usman last year and ring rust could be an issue here.

Usman had his way with Masvidal in their first bout but Masvidal claims he will do differently with a full camp. But Masvidal has not fought since losing to Usman and maybe fans are simply blinded by his wins over Darren Till, Ben Askren, and Nate Diaz in succession.

I mean there is always the danger of Masvidal landing that fight-altering shot but Usman has looked tremendous in his recent bouts. Not only has he nearly perfected his wrestling craft, but his striking has also vastly improved that he might be able to beat Masvidal on the feet too.

Usman took Masvidal five times in the first fight. And if somehow, Jorge starts to connect and do damage, Usman will always have that fall back. If his striking won’t work, Masvidal has nowhere to go. Give me Usman to beat Masvidal decisively again.

Zhang is the UFC women’s strawweight champion. She won the belt by defeating Jessica Andrade in April 2019 and has since successfully defended the belt once, against former champion Joanna Jedrzejczyk.

The 31-year old is the first Asian fighter to win a UFC title and she is the no. 3 ranked pound-for-pound female fighter in the UFC. Zhang is a high-volume fighter who is very physical. She bullies her opponents by walking them down with her powerful punches.

Zhang is 21-1 with 10 knockouts and seven submission victories. This is only her sixth fight in the UFC but already has two title fights under her belt. Magnum is a switch hitter who stands 5-4 tall with a reach of 63 inches.

Namajunas is the former UFC women’s strawweight champion. She owns two wins over Jedrzejczyk who almost outstruck Zhang in the latter’s first title defense. Thug Rose lost the belt when she was knocked out after a body slam by Jessica Andrade.

The 28-year old from Milwaukee, Wisconsin has a record of 9-4 with one knockout and five submission victories. Namajunas is an orthodox fighter who is taller by one inch and longer by two inches in reach against Zhang.

The last time we saw Weilia Zhang, she went five rounds with Joanna Jedrzejczyk and was nearly beaten on points by one of the best technical strikers in female MMA. Although she showed her poise to win that fight, you could argue that Joanna did enough as well.

Meanwhile, Namajunas beat Jedrzejczyk twice and her boxing should give her a good shot at pulling off the upset here. If she can maintain her distance, like what she did in the Andrade rematch, she’s got a chance. I think this is a pick ‘em fight but I will pick Zhang because I don’t think Rose can match her physicality.

The 33-year old Peruvian-Russian mixed martial artist is one of the most decorated combat fighters ever, being a former Muay Thai and kickboxing world champion as well. Shevchenko is one of the most complete fighters you’ll ever see and she is tough as nails.

Although she was short in size, she gave Amanda Nunes the toughest two fights of the Lioness’ UFC career. Aside from her elite striking skills, she also averages 2.21 takedowns per 15 minutes.

Andrade is the former strawweight champion who beat Namajunas after Thug Rose passed out following a body slam. She lost the belt to Zhang in her first title defense as she was outclassed on the feet.

No question Andrade is as tough as they come. But if Shevchenko could handle Nunes well, I don’t think Andrade will bring anything new that will shake Valentina’s confidence. Andrade is a high output fighter but she allowed herself to get hit in order to land her punches. That’s not going to work against Valentina.

This could be the easiest fight to pick in the main card. Shevchenko has looked invincible at flyweight. Her skills are just over the top and there is no one who can match her in skills, experience, and ability to fight under pressure, at least in this division.

Like Zhang, Andrade’s main strength is her physicality and she likes to use her power to overwhelm her opponents. But that’s not going to work against Shevchenko who wasn’t even rattled when she fought Amanda Nunes twice, and probably beat the Lioness in one of their two bouts with a different set of judges.

Andrade likes to move forward and allows herself to get hit a lot in order to land her punches. That has worked for her because she is a very durable fighter. However, not only will Shevchenko pounce on those opportunities with scoring strikes, she’s going to time Andrade and unleash a counter that ends this fight early.

Uriah Hall has won three straight bouts and is looking for revenge on Weidman who knocked him out 11 years ago when they still fought for Ring of Combat. Primetime is 9th in the UFC middleweight rankings and he is a former kickboxer.

Hall is a ferocious knockout artist but he’s also notorious for his knockout losses. He’s impressive when he moves forward but when pressured, he just tries to absorb shots. As he’s gotten older, his head movement has been non-existent, making him easy to hit and easy to stop.

Weidman is the former UFC middleweight champion who ended Anderson Silva’s dominance. However, he has struggled so badly since becoming champion. Weidman is 2-5 in his last seven bouts and although he’s coming off a win over Omari Akhmedov, this isn’t the Chris Weidman of old.

The All-American completes almost four takedowns per 15 minutes and has taken down every opponent he’s faced. However, all of Weidman’s five losses have been by knockout so it’s not impossible that Hall lands a big one on him and puts Weidman to sleep.

Hall is a nice plus money underdog here because he is explosive, has a knockout punch, and Weidman is easy to knock out these days. But Hall doesn’t defend a lot of strikes and he has very poor takedown defense which could be an issue against the fighter known as the All-American for his wrestling skills.

Weidman hasn’t resembled a former champion in recent years but the takedown offense is still there. The former champion averages 3.9 takedowns per 15 minutes and has landed at least one in all of his UFC bouts.

For as long as Weidman is smart enough not to get caught early, he’s going to win this fight. Hall isn’t as explosive as the fight drags after one round and Weidman can put him down on his back as much as he wants to. I hope he doesn’t get lured into a shootout. Weidman takes this via decision.

Smith is the 6th ranked light heavyweight in the UFC and is a former title challenger. Lionheart owns wins over Hector Lombard, Rashad Evans, Shogun Rua, and Alexander Gustaffson but he’s 2-3 in his last five bouts including a loss to Jon Jones during that span.

Lionheart is coming off a win over Devin Clark but prior to that, he lost back-to-back fights to Glover Teixeira and Aleksandr Rakic. Smith has a record of 34-16 with 18 knockouts and 13 submission wins.

Jimmy Crute is the 13th ranked light heavyweight in the UFC. The 25-year old Australian is 4-1 inside the UFC with his only defeat a submission against Misha Cirkunov. Crute heads to this bout with back to back first round stoppages of Michal Oleksiejczuk and Modestas Bukauskas.

Crute has a record of 12-1 with five knockouts and four submission wins. He is two inches shorter than Smith and also gives up two inches in reach against Lionheart.

Smith has struggled with a 5-4 record since 2018. He is a former title contender but hasn’t fought like one in recent memory. Smith doesn’t throw too many punches to help him win fights on points. He likes to come forward though, and that’s where he gets hit a lot. If he is able to take this fight to the ground, his submission skills are an advantage.

Crute is a more high-output fighter and he also averages over four takedowns per 15 minutes so there’s plenty of ways he can fight Smith. He has powerful kicks and has a knockout punch. On the ground, he has a good submission game as well.

I think this is closer than what the oddsmakers are saying. I don’t want to count out Smith because his experience is over the top. However, when you take a look at their current form, there’s no doubt that Crute heads to this bout with more confidence. I won’t blame you if you take Lionheart at plus money but I’ll take my chances with a hungrier Jimmy Crute. 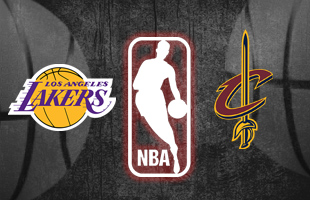 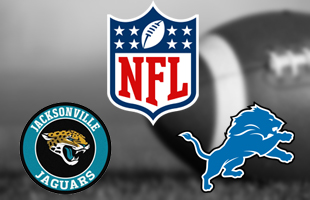 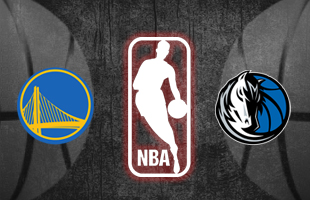 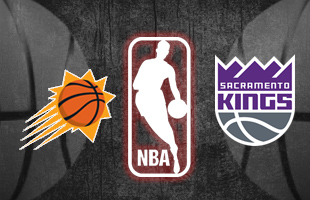 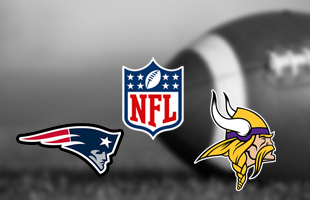 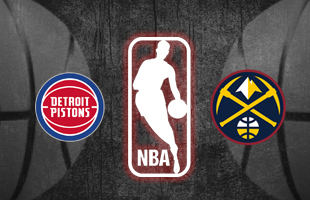 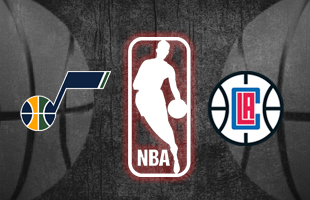 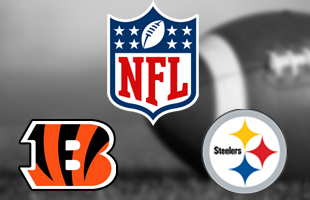