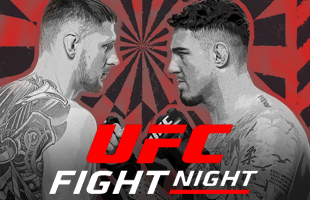 The UFC returns to London this weekend with UFC Fight Night: Volkov vs Aspinall at the O2 Arena in London, England.

In the main event, former Bellator heavyweight champion Alexander Volkov takes on Tom Aspinall in a five-round showdown. The main card will also feature the return of the Hangman Dan Hooker to featherweight where he will test the once-beaten Arnold Allen. Meanwhile, former Cage Warriors star Paddy” The Baddy” Pimblett will make his second UFC appearance against Kazula Vargas.

Jai Herbert is a former Cage Warriors lightweight champion who also fought under BAMMA. The 33-year old from Wolverhampton, England joined the UFC in 2020 but suffered back-to-back losses to Francisco Trinaldo and Renato Moicano during his first two UFC bouts. Herbert finally got his first UFC win when he knocked out Khama Worthy at UFC Vegas 41 last October 23, 2021.

Herbert is 6-1 tall with a reach of 77 inches and fights out of the orthodox stance. He owns a record of 11-3 with nine knockouts and one submission win.

Ilia Topuia is the no. 15 ranked featherweight in the UFC. The 25-year old from Germany began his MMA career in Spain where he fought for promotions like West Coast Warriors, Climent Show MMA, and Mix Fight Events, where he became featherweight champion. Topuria also fought under Cage Warriors and Brave CF before joining the UFC in 2020. He is 3-0 inside the Octagon with wins over Youssef Zalal, Damon Jackson, and Ryan Hall.

He has a record of 11-0 with three knockouts and seven submission wins. Topuria stands 5-7 tall and has a reach of 69 inches while fighting from the orthodox stance.

Topuria was supposed to fight Charles Jourdain last January but after a failed weight cut, the fight was canceled and prompted him to move up to 155 pounds. Now he is taking this fight on one month’s notice after Mike Davis’ withdrawal. The main issue I have in this bout is whether Topuria will be too small in this bout because he gives up four inches in height and eight inches in reach to Herbert. If not, it’s his fight to lose.

No question that Herbert was a former champion from a respectable promotion but this is going to be a tough stylistic matchup for him. Sure, Herbert has a massive size advantage and he also possesses good punching power but Topuria has the striking prowess that can take advantage of Herbert’s defensive lapses. He also has the dangerous grappling to dominate Herbert on the mat.

So unless he looks too small inside that cage, I expect Topuria to drag this fight to the mat where he beats up Herbert for a unanimous decision win.

Muhammad Mokaev is a veteran of Brave CF and Celtic Gladiator. The 21-year old from Manchester, England was a former IMMAF back-to-back junior bantamweight champion in 2018 and 2019. He was one of the top prospects at Brave CF where he recorded three finishes in four wins during his first year with the promotion. He was recently signed by the UFC and will be making his UFC debut this weekend.

Mokaev has a record of 6-0 with two knockouts and two submission wins. He is an orthodox fighter who stands 5-7 tall with a reach of 70 inches.

Cody Durden is a former bantamweight champion at Valor Fighting Championship. The 30-year old from Covington, Georgia also fought for regional promotions like NFC and 864 Championship before joining the UFC. He joined the UFC in 2020 and was winless in his first two UFC bouts with a draw against Chris Gutierez and a submission loss to Jimmy Flick. Durden won his first UFC bout the last time out, outpointing Qileng Aori at UFC Vegas 43 last November 20, 2021.

Durden has the grappling abilities to take advantage of Mokaev’s grappling weaknesses. It won’t be a surprise to see Durden use his brute strength to put Mokaev down on his back in the early stages of this fight. However, we’ve seen Durden gas out badly in previous bouts and he’s facing an opponent who has proved that he can go all-out for 15 hard minutes.

Mokaev will have a slow start here as Durden bullies him on the mat early on. But if he survives the early onslaught, and the chances are he does, Durden will start to fade as the fight progresses and that will give Mokaev the chance to take advantage of scrambles and reverse the tone of the fight. It’s going to be a tough bout but Mokaev’s cardio and durability carry him to victory.

Mike Grundy is a former freestyle wrestler who won a bronze medal in the 2014 Commonwealth Games. The 35-year old from Wigan, England fought under BAMMA, ICE Fighting Championships, Shinobi War, ACB, and Aspera FC before joining the UFC in 2019. He’s fought only thrice, winning his debut against Nad Naimani and losing his last two bouts against Movsar Evloev and Lando Vannata.

Grundy has a record of 12-3 with one knockout and eight submission victories. He stands 5-7 tall with a reach of 72 inches and is an orthodox fighter.

Makwan Amirkhani is a Finnish-Iranian mixed martial artist who is known in the UFC for his 8 second KO of Andy Ogle which stands as one of the fastest KOs in UFC history. The 33-year old Amirkhani began fighting in Finland before joining the UFC in 2015. Amirkhani started his UFC career with a 5-1 record but is just 1-4 since then. He has lost three in a row heading to this contest and is coming off a KO loss to Leone Murphy at UFC 267 last October 30, 2021.

Amirkhani has a record of 16-7 with one knockout and 11 submission victories. He is a southpaw who stands 5-10 tall with a reach of 72 inches.

Amirkhani is a good wrestler with a nice set of submission skills. However, he doesn’t have a clear stand-up game and doesn’t have enough cardio to last a full bout. That said, Grundy’s gas tank could erase all his shortcomings as he could survive rough stretches and take over late in the fight when Amirkhani starts to fade.

That said, he will have to survive Amirkhani’s early flurry where he will attempt to grab Grundy’s neck as many times as he can. Amirkhani however, should force this fight to be a grappling contest early. And hard as Grundy will try to keep his opponent off his back, Amirkhani’s too crafty for him and should find his neck before the first round is over.

Molly McCann is a former Cage Warriors women’s flyweight champion and Shock N’ Awe women’s flyweight champion. The 31-year old from Liverpool, England joined the UFC in 2018 but lost to Gillian Anderson in her debut. Since then, she is 4-2 and is coming off a unanimous decision win over Ji Yeon Kim at UFC Vegas 26 last September 4, 2021, in a victory that earned Fight of the Night honors.

McCann is 11-4 with four knockouts. She is 5-4 tall with a reach of 62 inches and is an orthodox fighter.

Luana Carolina is a veteran of Arena Combat, Thunder Fight, and Bathala Fights before entering the Contender Series Brazil 3 where she defeated Mabelly Lima and earned a UFC contract. Carolina defeated Priscila Cachoeira in her debut and has gone 2-1 since then. In her last bout, she won a unanimous decision against Lupita Godinez at UFC Vegas 40.

Carolina is 8-2 with two knockouts and one submission win. She is 5-6 tall with a reach of 69 inches and fights out of the orthodox stance.

Carolina has a two-inch height and seven-inch reach advantage over McCann. She has good boxing skills and if she paws from a distance, this could be an easy but boring points win for her. However, Carolina is always hesitant to use her boxing, which should pave the way for McCann and her vaunted volume striking to take charge of this bout.

No doubt that Carolina is a strong fighter who can overpower McCann here. However, McCann has developed decent wrestling to control this fight on the mat if the striking exchanges don’t go her way. I’m not ruling out Carolina stopping McCann in a slugfest but between that and McCann using her level change and volume of strikes, I like the latter to do what she needs to win.

Jack Shore is a former Cage Warriors bantamweight champion. The 27-year old from Wales in the U.K. joined the UFC in 2019 after successfully defending his Cage Warriors belt against Scott Malone. Shore has fought four times inside the Octagon and is undefeated. He is coming off a unanimous decision win over Liudvik Shiolinian at UFC Vegas 36 last September 4, 2021.

Shore has a record of 4-0 with four knockouts and 8 submission victories. He stands 5-8 tall with a reach of 71 inches and is an orthodox fighter.

Timur Valiev is a former Dagestan hand-to-hand combat champion and former Russian grappling champion. The 32-year old previously fought for WSOF, Gorilla Fighting, and PFL before joining the UFC in 2020. Valiev is 2-0 under the UFC with victories over Martin Day and Raoni Barcelos.

Valiev has a record of 18-2 with five knockouts and two submission wins. He is 5-6 tall with a reach of 67 inches and is an orthodox fighter.

Shore has a two-inch height and four-inch reach advantage here. He can use those with his solid kickboxing game to strike from the outside and avoid Valiev’s big shots. However, his best weapon is his top game but to implement it, he must take the fight down which will not be easy.

Valiev has goods wrestling of his own and figures to match or even better Shore on the ground. Without a clear advantage on the mat, Shore will end up fighting on the feet and when he does, Valiev’s quickness and output are going to be the difference here. I expect this fight to go to the mat several times but each time it does, Valiev will be able to take it back to the feet where he will outpoint Shore.

Reed should display a better performance here. She was a former atomweight champion taking on a legit bantamweight in Sijar Eubanks in her UFC debut. With McKenna her size, Reed should be able to show why she was a Cage Fury champion.

However, I don’t think she will win this fight. McKenna has all the tools to win this fight. For as long as McKenna stops Reed’s kicks and threatens her with takedown attempts, I don’t see how she loses this bout. I think McKenna uses a balanced blend of striking and wrestling to outmaneuver Reed here. 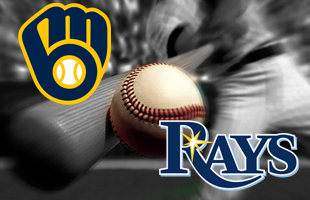 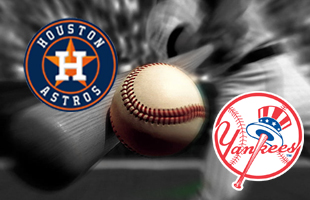 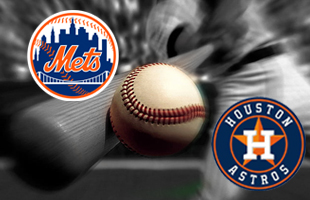 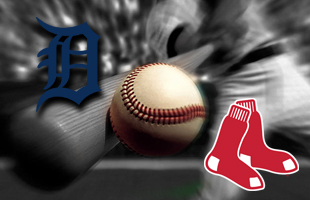 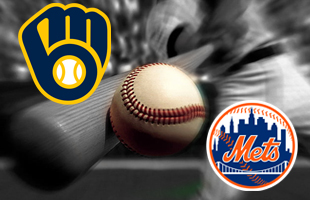