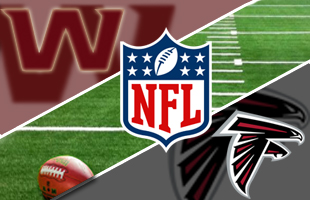 The Washington Football Team will travel to the Mercedes-Benz Stadium to take on the Atlanta Falcons on Sunday.

Washington is coming off a disappointing 43-21 loss to the Buffalo Bills as 7.5 point underdogs last week. The Washington Football Team allowed the Bills to open the game with a 21-0 lead and never recovered. They were able to cut the lead to 21-14 but Buffalo scored 22 consecutive points to put the game away.

Meanwhile, Atlanta picked up their first win of the season last week, defeating the New York Giants 17-14. Although their offense didn’t look excellent, the Falcons’ defense looked good against the Giants, holding them to one offensive touchdown. Like Washington, Atlanta is also 1-2 on the season.

Atlanta has won the last six head-to-head meetings between these two teams, including a 38-14 win on November 4, 2018.

The Washington Football Team entered the season expected to be one of the league’s top defenses behind Chase Young. However, their defense is allowing an average of 432 yards per game, 2nd most in the league. The front line has produced only six sacks in three games.

Back-up QB Taylor Heinicke had a rough first outing on the road, going 14-24 for 212 yards with two touchdowns and two interceptions. Prior to last week’s loss, Washington won its previous four road games. Heinicke, who grew up near Atlanta, hopes that his homecoming of sorts will give them another win away from home.

Running back Antonio Gibson had a strong game last Sunday with a total of 104 scrimmage yards. Gibson produced a career-long 73-yard touchdown catch off a screen pass. Terry McLaurin leads the team with 231 receiving yards with 19 catches with one touchdown.

For the season, Matt Ryan has thrown for a total of 707 yards with four touchdowns and three interceptions while completing 83 of 117 passes or a 70.9% completion. Ryan found rookie TE Kyle Pitts with a 25-yard pass that was the key in their game-winning 58-yard drive during the final 1:58 of the game that gave them the win.

Head to head, the Falcons have won the last six meetings between these two teams.

Even though both teams have a losing record, Washington has looked like the more competitive team this season. They lost to one of the league’s best teams last week and were beaten by a good team in the Chargers in Week 1 so I believe that the WFT is better than what their record says.

The Falcons weren’t able to do much against a below-par New York defense and barely won. But that victory may be more about how bad the Giants are than the Falcons being a respectable team. In week 1 they were blown out by a below-average Philadelphia Eagles squad which was terrible.

I’m going with Washington based on what I’ve seen so far from both teams this season.

I’m looking for a bounce-back game from Taylor Heinicke who had a rough showing in the first road start of his NFL career. Washington should get its offense going against a poor Falcons defense. The Washington defense has looked bad this season but should get going with a pedestal Falcons offensive line. And I don’t think their defense can be worse than what they showed against the Bills.

To me, all signs point to Washington being the better team between the two, and with a minuscule 1.5 spread, I think that’s an easy cover for WFT.

The Falcons scored only 6 points against the Eagles and 17 against the Giants. They are averaging only 16.0 points per game this season. With a mediocre offensive line, the Washington defense should have their way with Atlanta’s offense, limiting them even further.

Meanwhile, Washington is ranked 19th in scoring at 22.3 points per game. They are also just 23rd in passing at 221.7 yards per game so they don’t get plenty of offense from the air too. Heinicke isn’t going to be a Tom Brady or Mahomes who will throw in score after score. However, he will get enough points to give Washington the win.

While both have been bad on defense, they also have been poor on offense. Washington has a good defense but it hasn’t shown it yet this season. I think that defense will finally show up here.