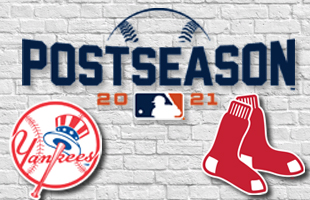 The New York Yankees travel to Fenway Park to take on the Boston Red Sox in the AL Wild Card game on Tuesday night.

New York clinched a spot in the playoffs with a walk-off 1-0 win over the Tampa Bay Rays on Sunday. Meanwhile, the Boston Red Sox finished the season strong by sweeping the Washington Nationals. The Red Sox came from behind to beat the Nationals 7-5 last Sunday to finish the regular season with a 92-70 record, same with the Yankees. However, the Red Sox won their regular season series so that’s why they have home field advantage here. New York, however, won their last six head-to-head meetings.

The Yankees had a 46-35 road record this season while the Red Sox are 49-32 at home this campaign.

The Yankees will be going with Gerritt Cole in this Wild Card game. Cole had a 16-8 record with an ERA of 3.23 and 243 strikeouts in 181.1 innings pitched during the regular season. The 31-year old had a rough start against the Toronto Blue Jays the last time out, allowing five runs on nine hits with no walks while striking out six in six innings pitched.

Aaron Judge, whose walk-off sent the Yankees to the playoffs, is the more consistent offensive player for the Yankees with 39 home runs and 98 RBI while posting an OPS of 0.916. Infielder DJ LeMahieu and first baseman Luke Voit finished the season on the injury list.

Nathan Eovaldi will open on top of the mound for the Red Sox. Eovaldi posted an 11-9 record with an ERA of 3.72 across 32 starts. The 31-year old is coming off an impressive performance against the Baltimore Orioles where he blanked the opposition over six innings last Wednesday. Eovaldi allowed only four hits, one walk, and seven strikeouts as he picked up a big win.

Rafael Devers, the hero of Sunday’s game, is having a fantastic season with 38 home runs and 113 RBI with an OPS of 0.890. The Red Sox are healthy coming to this game with only bench player Yairo Munoz and Danny Santana on the IL with but with COVID-19.

Head to head, NY has won the last six meetings between these two teams. The Yankees are also 4-1 in their last five games played in Boston.

Boston has lost three in a row at home and has dropped six out of their last seven at Fenway against opponents with a winning record. The Red Sox have also struggled against the Yankees during the second half of the season, losing their last six head-to-head meetings against the Bronx Bombers.

The Red Sox have also scored only 14 runs in their last 6 games played against the Yankees. Boston managed to score 13 runs in four games against Gerritt Cole and they should figure in the same trouble here. Eovaldi gave up 11 runs in his last three starts against New York and he’s going to face the same issues here.

The Red Sox come with plus money and are playing at home so I won’t blame you if you go with them. However, the Yankees have dominated this matchup during the second half of the season and I think they will carry over the momentum in this wild card game.

Head to head, the total has gone under in six out of the last seven meetings in Boston. The under is also 12-3-1 in the last 16 meetings overall.

These are two very good offensive teams that can play at a high-scoring level, especially at hitter-friendly Fenway Park. However, the pitching matchup here is going to be very good even for their talented batting orders.

The Red Sox Bullpen has a 3.99 ERA with Garrett Whitlock having a terrific season. Given how successful they were on Sunday with rotation arms, I think they go that here as well.

We’ve seen a lot of wild card games yield low-scoring pitcher duels and this one should be another one.